The second day of the Musink Festival happened to fall on the festive St. Patrick’s Day. The crowd at this sold out event was treated to an amazing lineup of talented artists.

Kicking off Day 2 of the festival was rapper and songwriter Lil Aaron. Performing songs off of his latest album “Gloing Pain$”, he got the crowd fired up with his powerful energy and fun songs. Travis Barker’s 14 year old son, Landon, surprised the audience when he came out to rap a quick song with Lil Aaron. That collaboration had everyone going crazy.

The party started as soon as The Interrupters took the Musink stage. Aimee Interrupter and brothers Kevin, Justin, and Jesse Bivona put on a unique and fast pace ska punk show. Everything about their performance was entertaining, from their stylish matching suits to their dynamic sound. They had the crowd singing and dancing to all of their hit songs.

Famous rock band, Good Charlotte, was next on the incredible Musink lineup. Their first song “The Anthem” had everyone at the festival reliving their childhood. Frontman Joel Madden admitted that he was a little nervous during the beginning of the set, but that anxious energy soon turned into pure excitement. The 13 song setlist had the packed venue rocking the entire time. During the performance of “The River” Brandon Saller of Hell or Highwater made a surprise appearance. The band also made the huge announcement that they will be touring in the fall of 2018. They ended the set with everyone’s favorite song “Lifestyles of the Rich & Famous”, amping up the entire crowd for the headliner blink-182.

Then it came time for what everyone at Musink was waiting for, the one and only Blink-182. When Mark, Travis, and Matt hit the stage the place went absolutely nuts. The Hangar was overflowing with wall to wall people, and the crowd was screaming every word to the famous rock songs. Not even the brief rain could cool off the hyped up audience. The show had an unbelievable energy, and Matt Skiba belted out the iconic tunes even after having throat surgery just a few weeks ago. At the end of the 22 song set that featured streamers, confetti blasts, and a surprise appearance from Landon Barker on the drums, the crowd was still thrilled and ready to continue partying through the rest of St. Patrick’s Day. 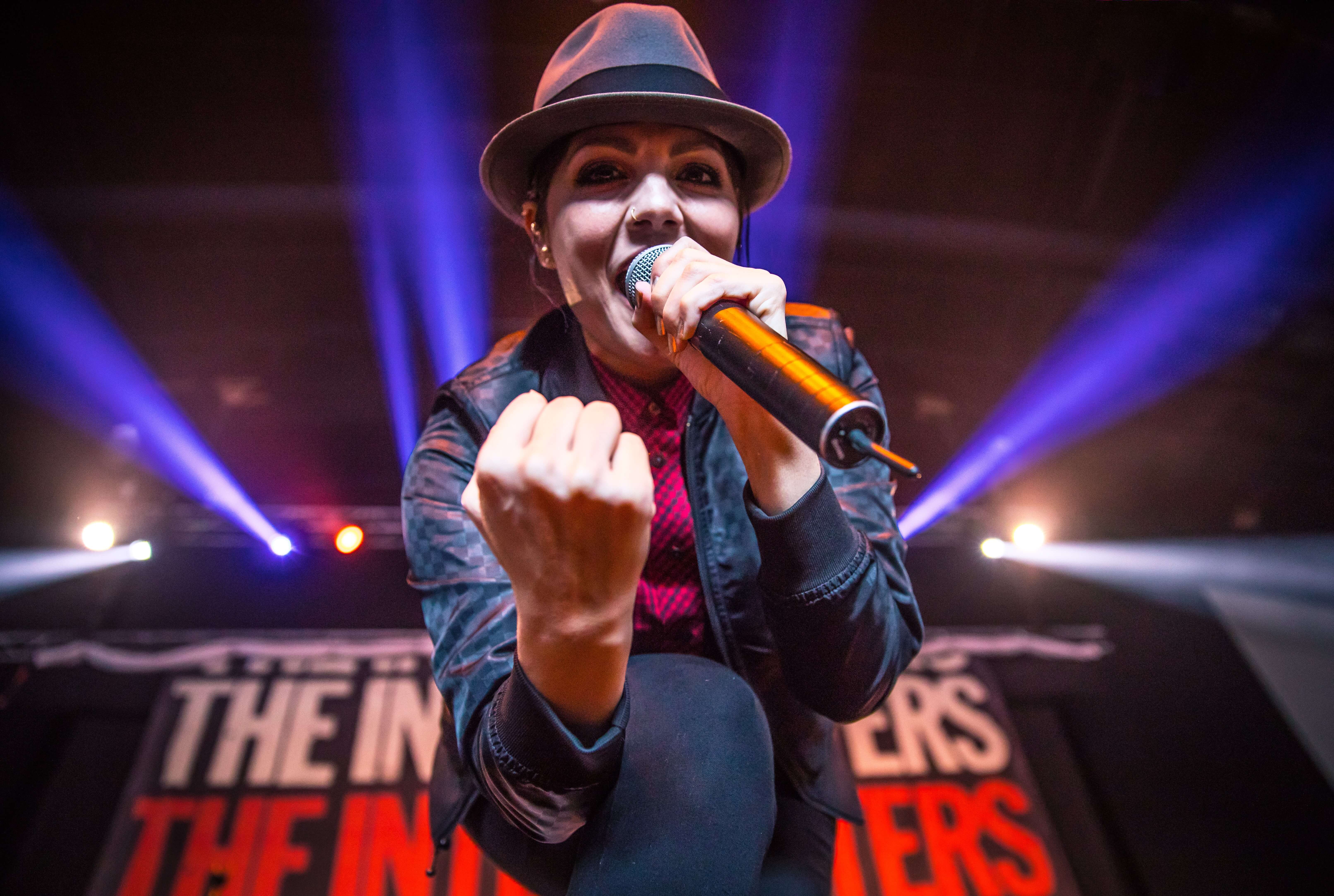 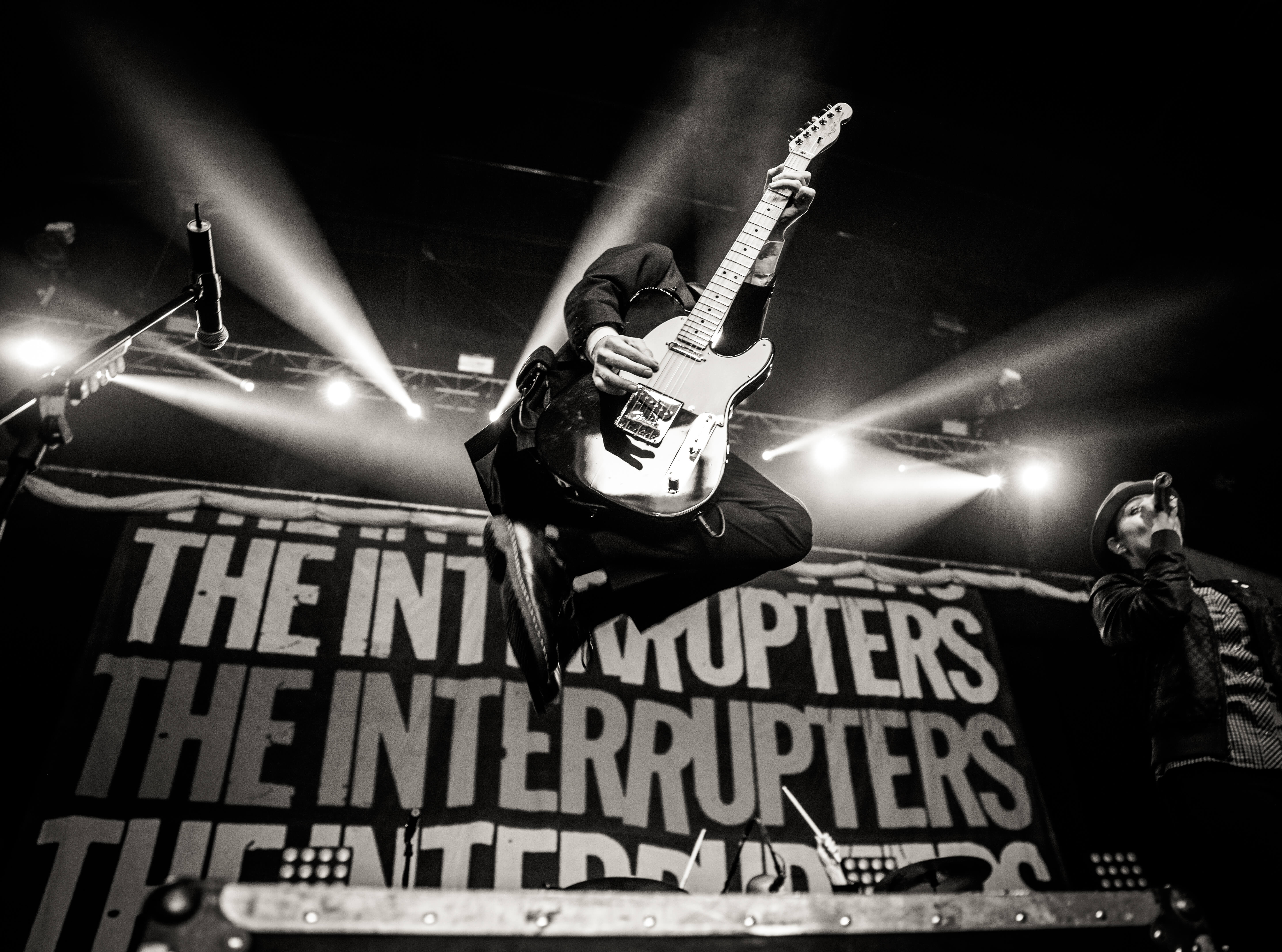 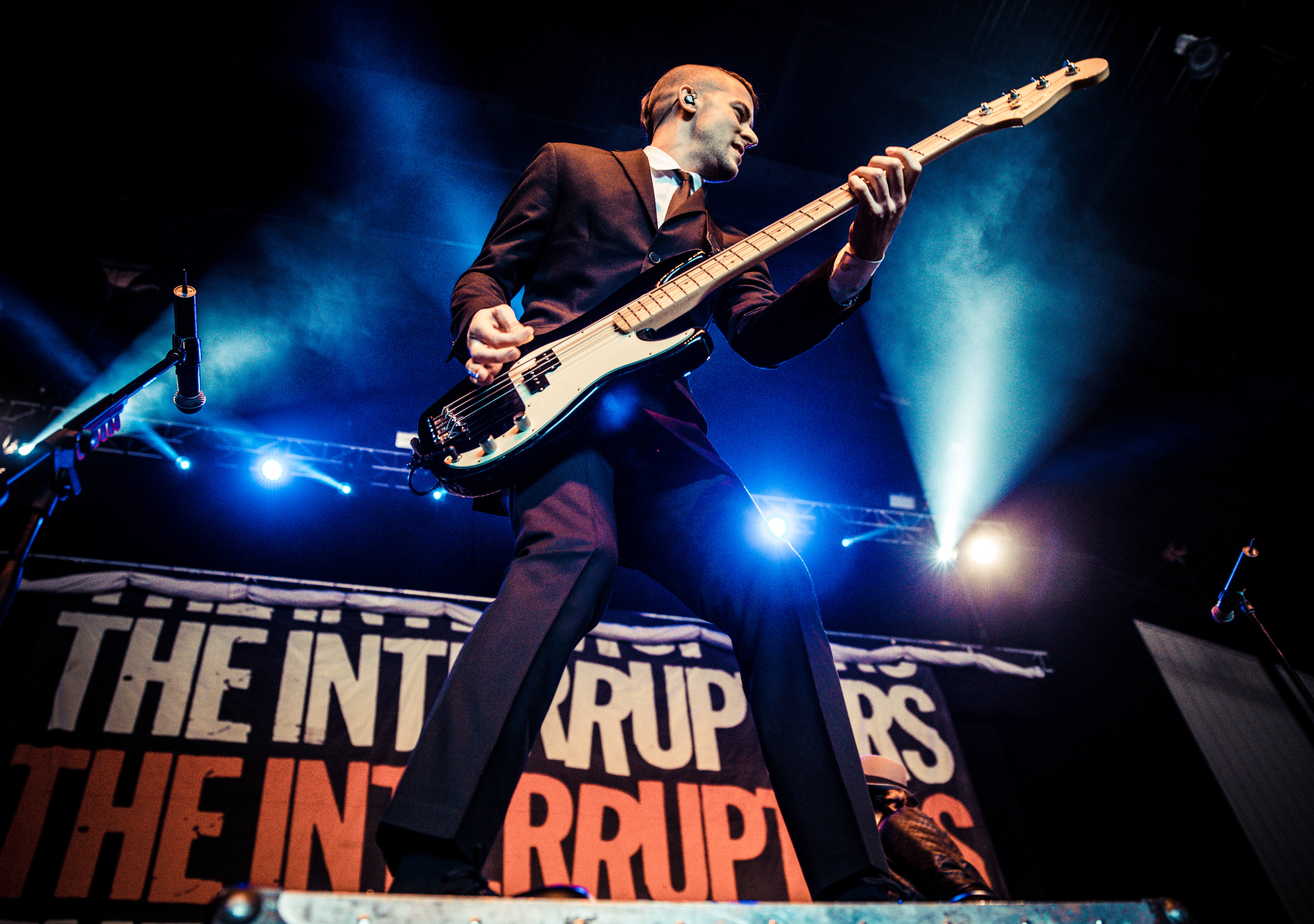 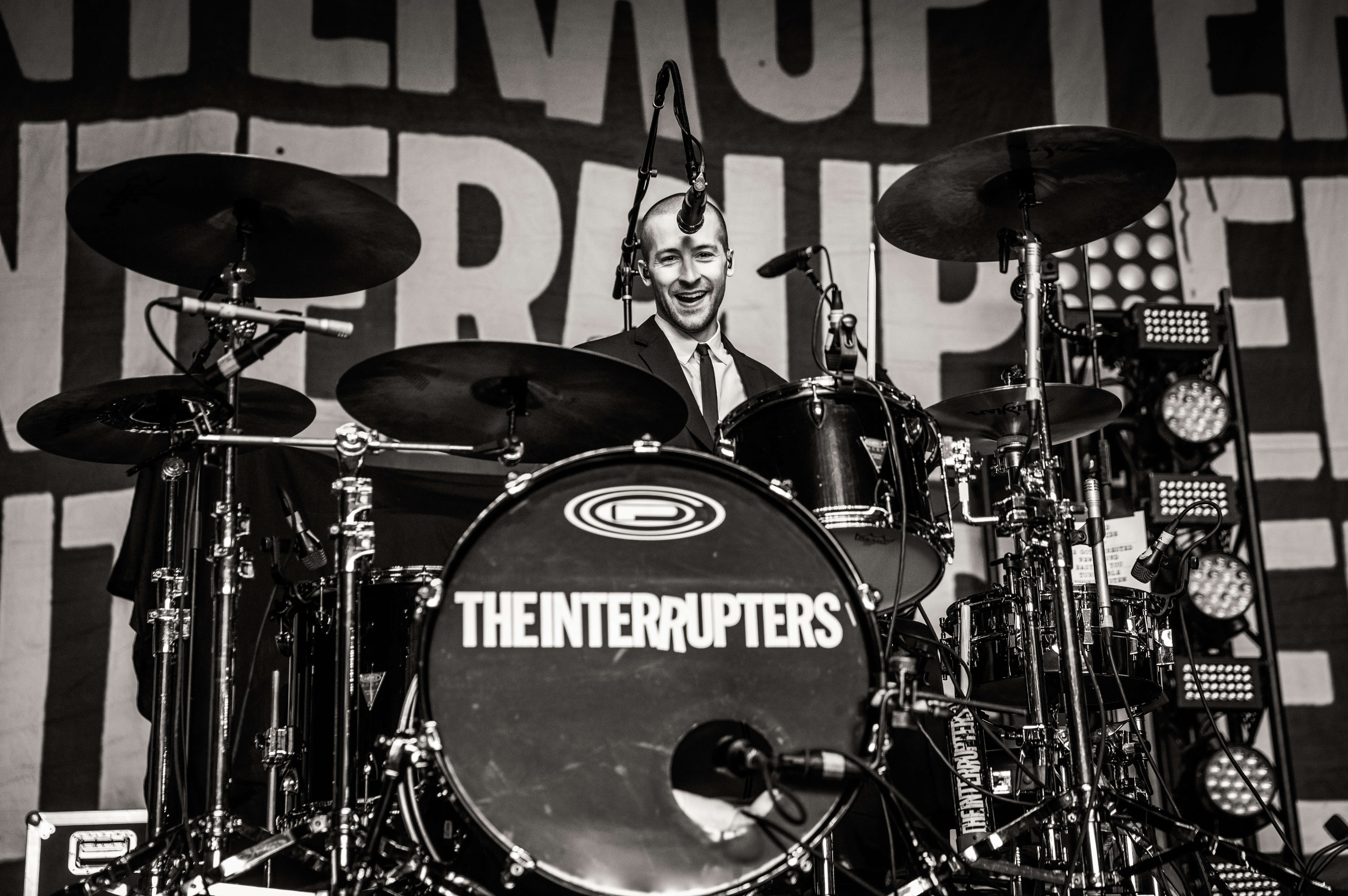 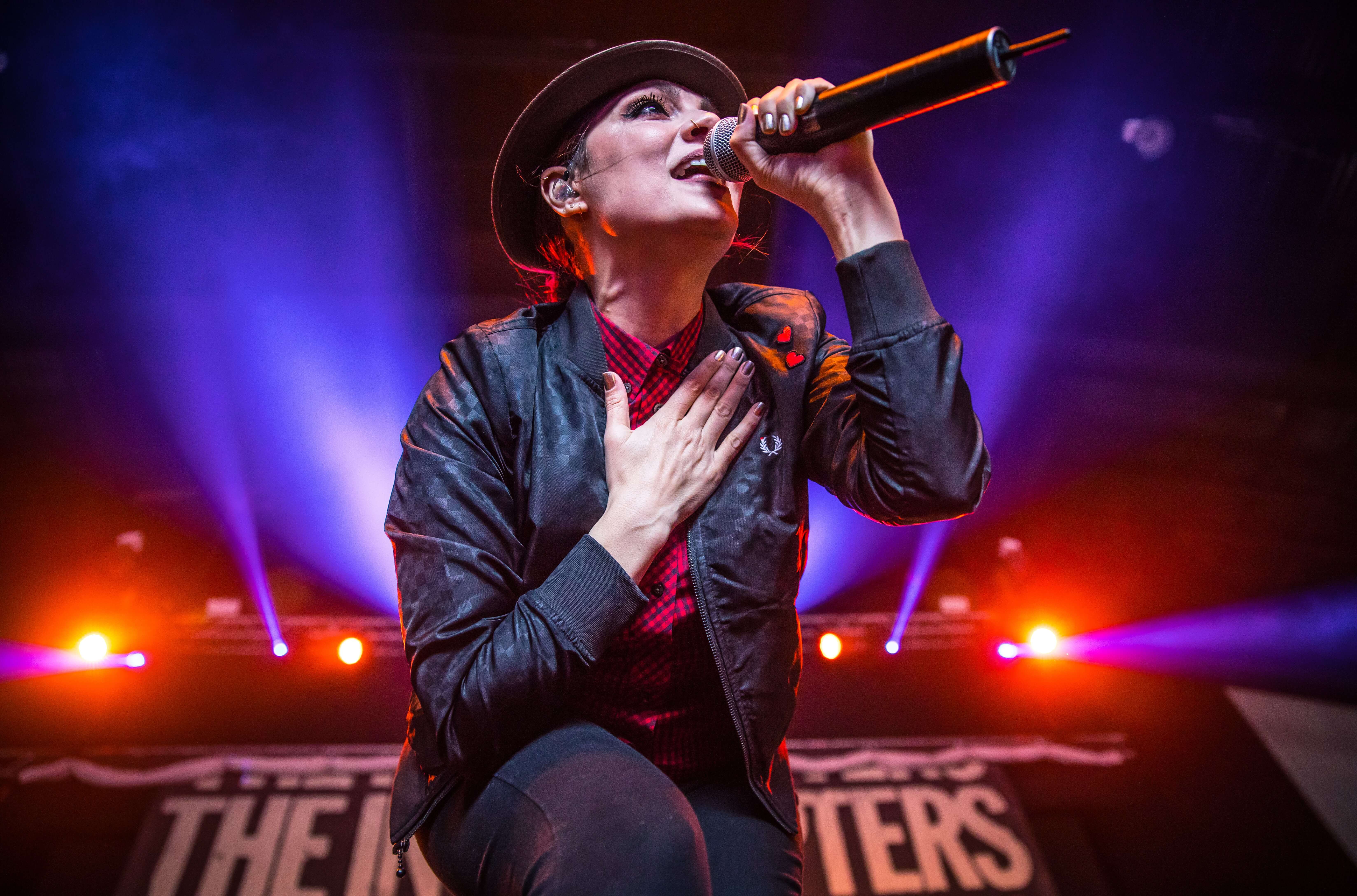 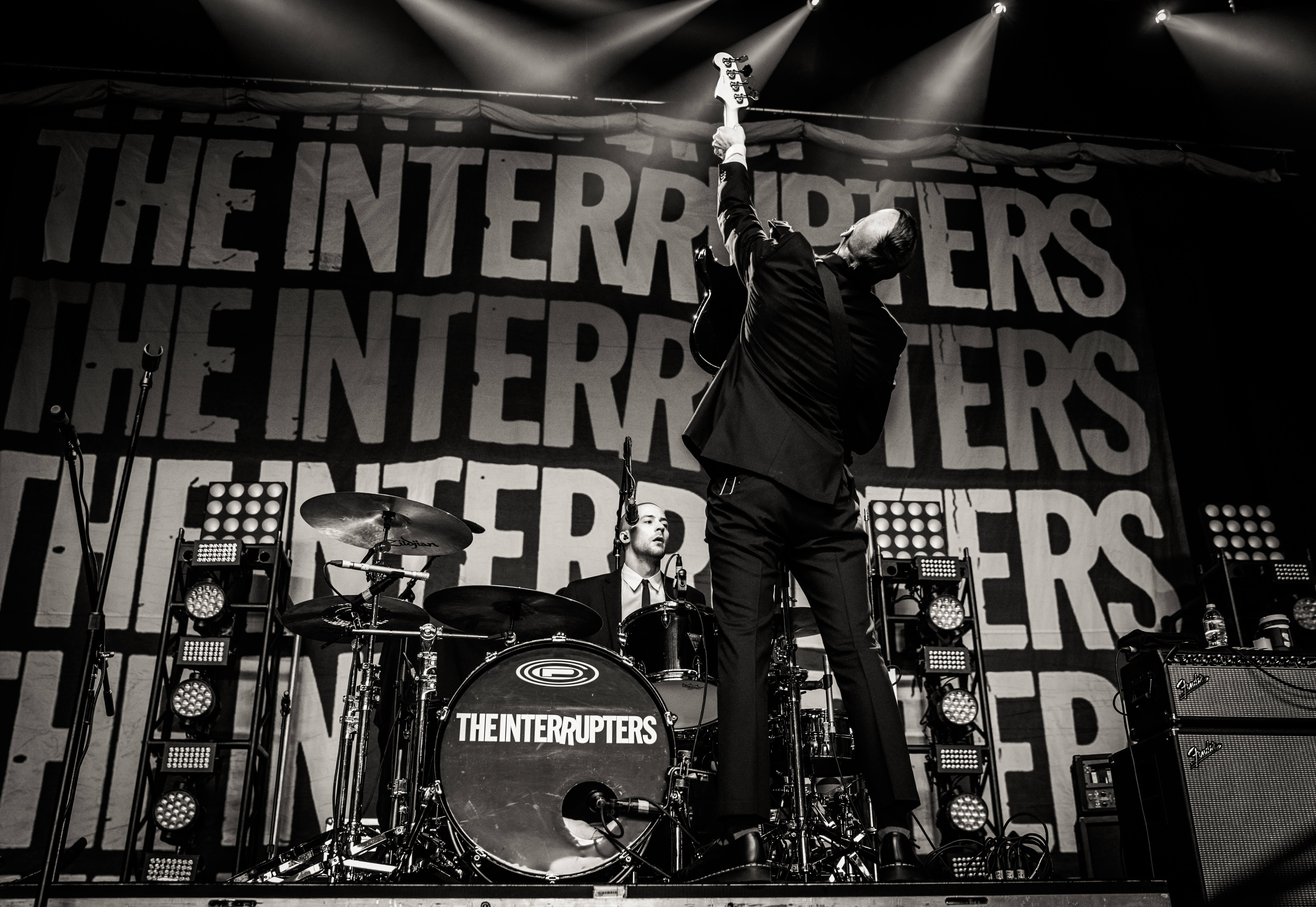 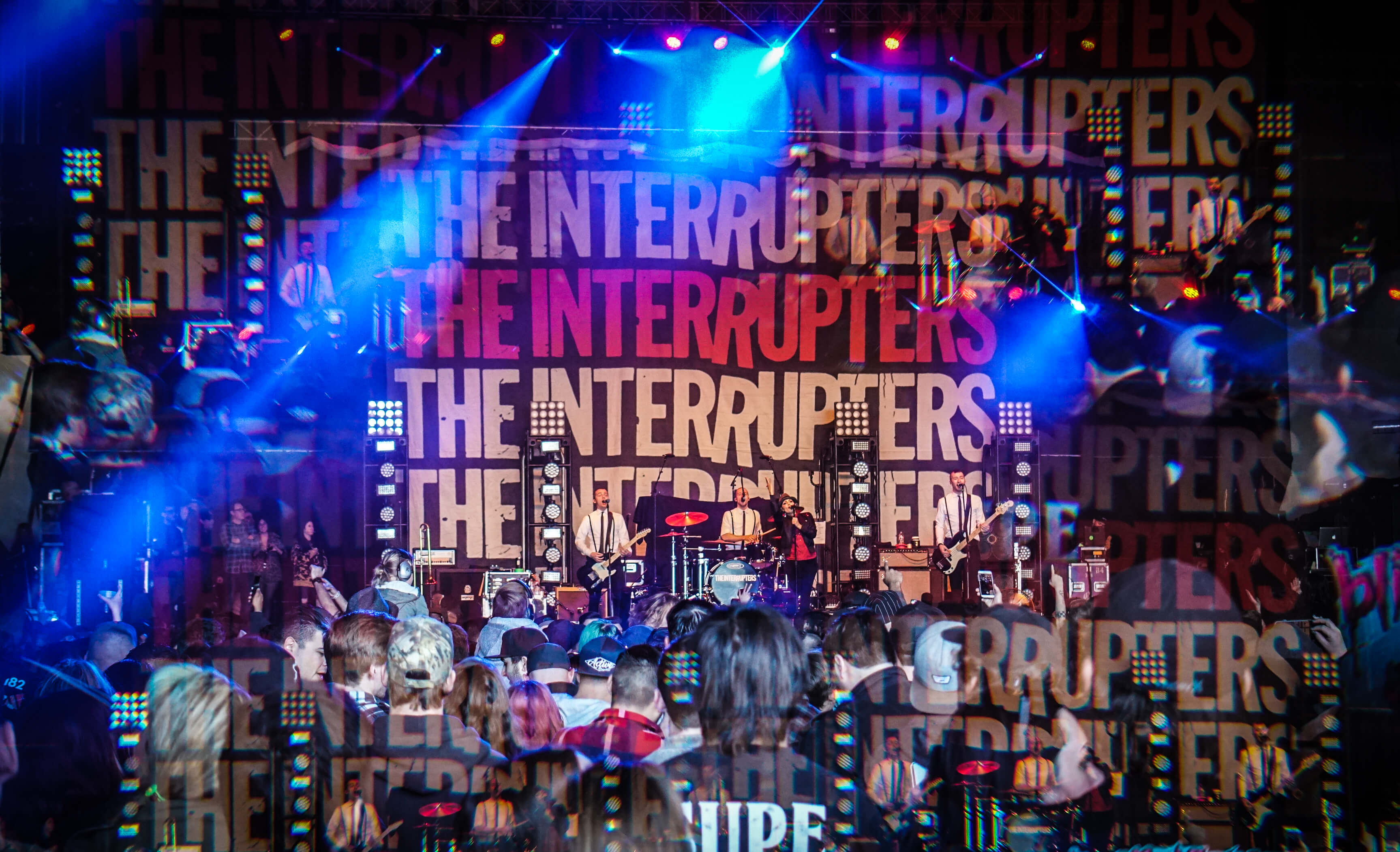 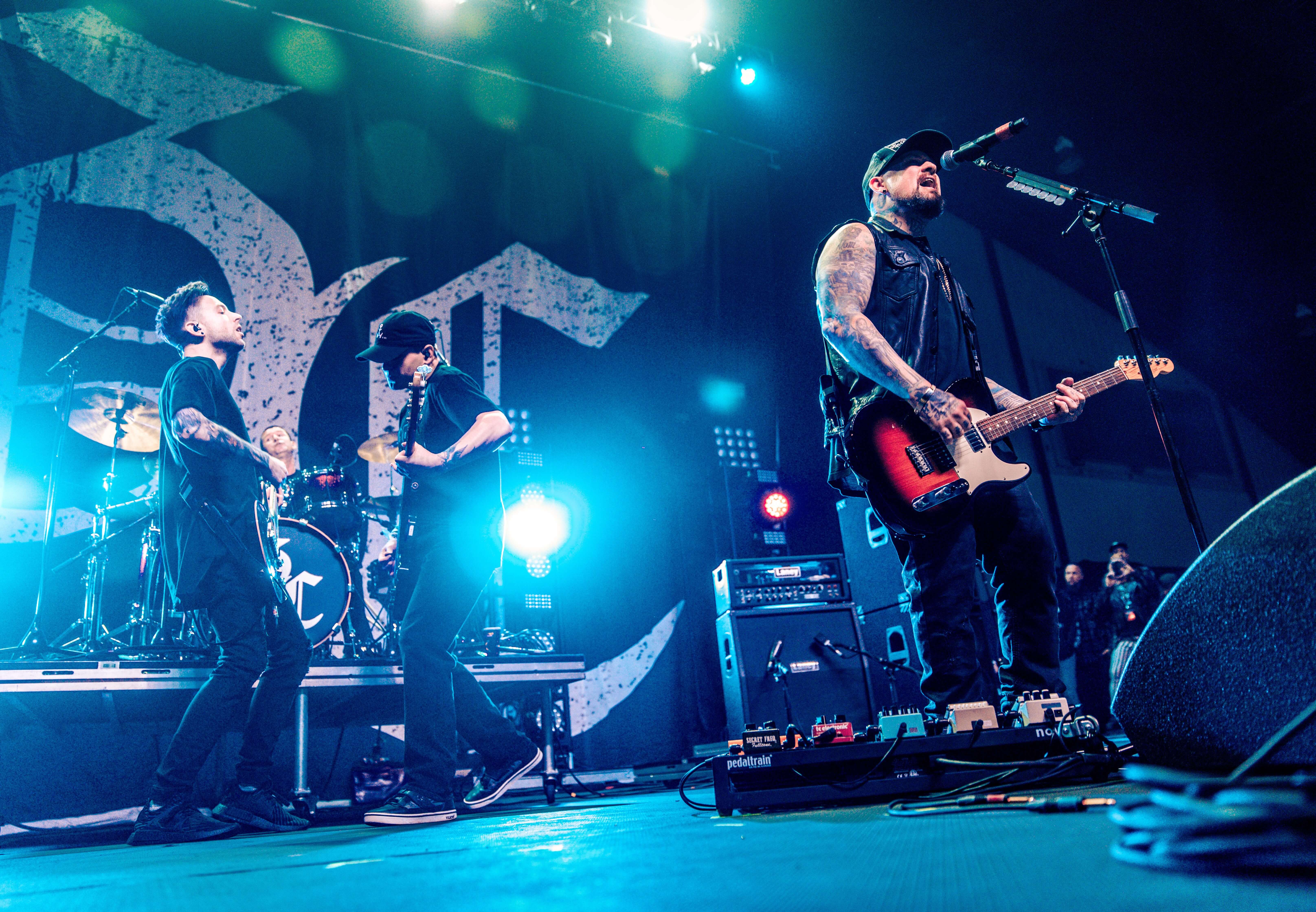 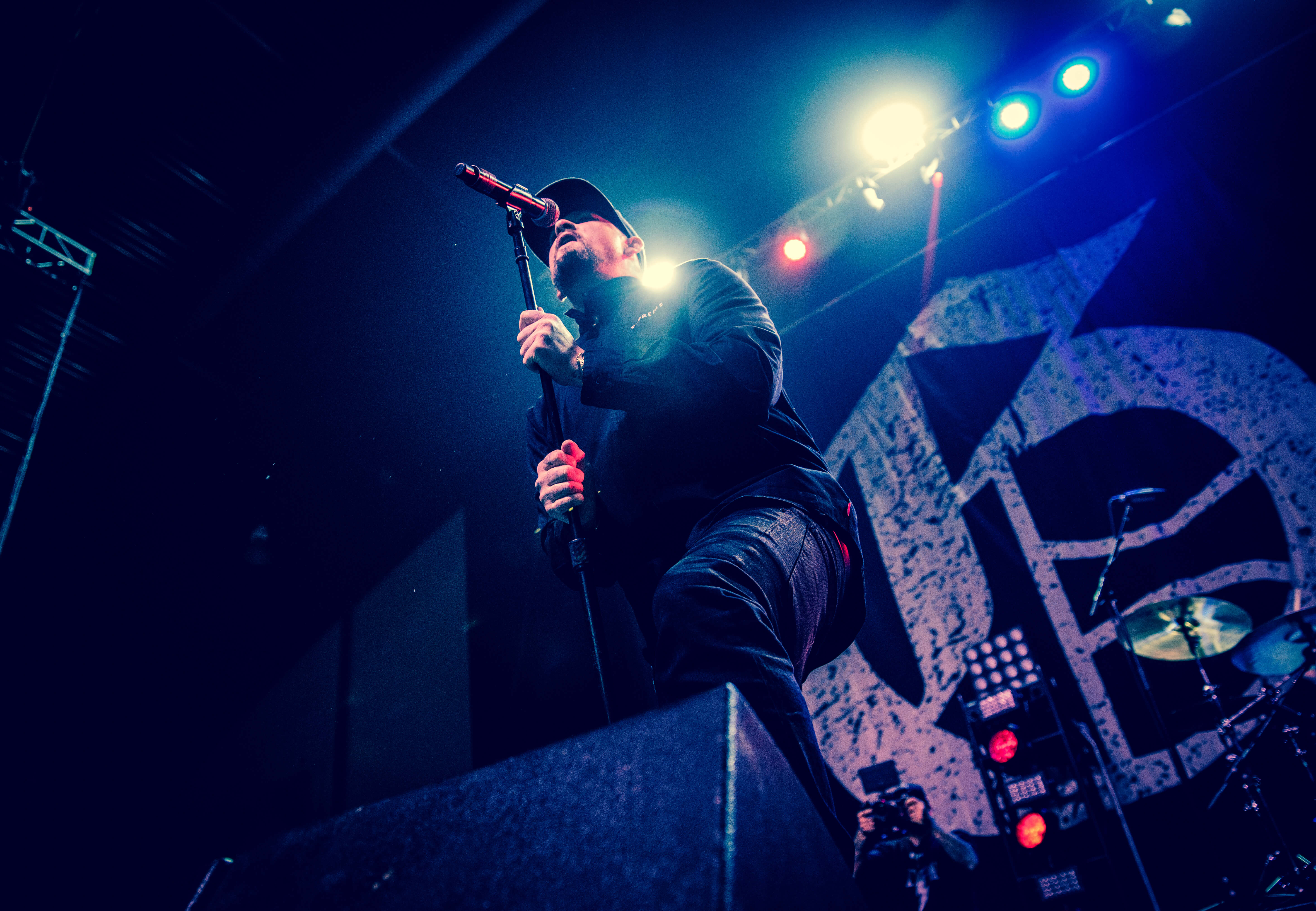 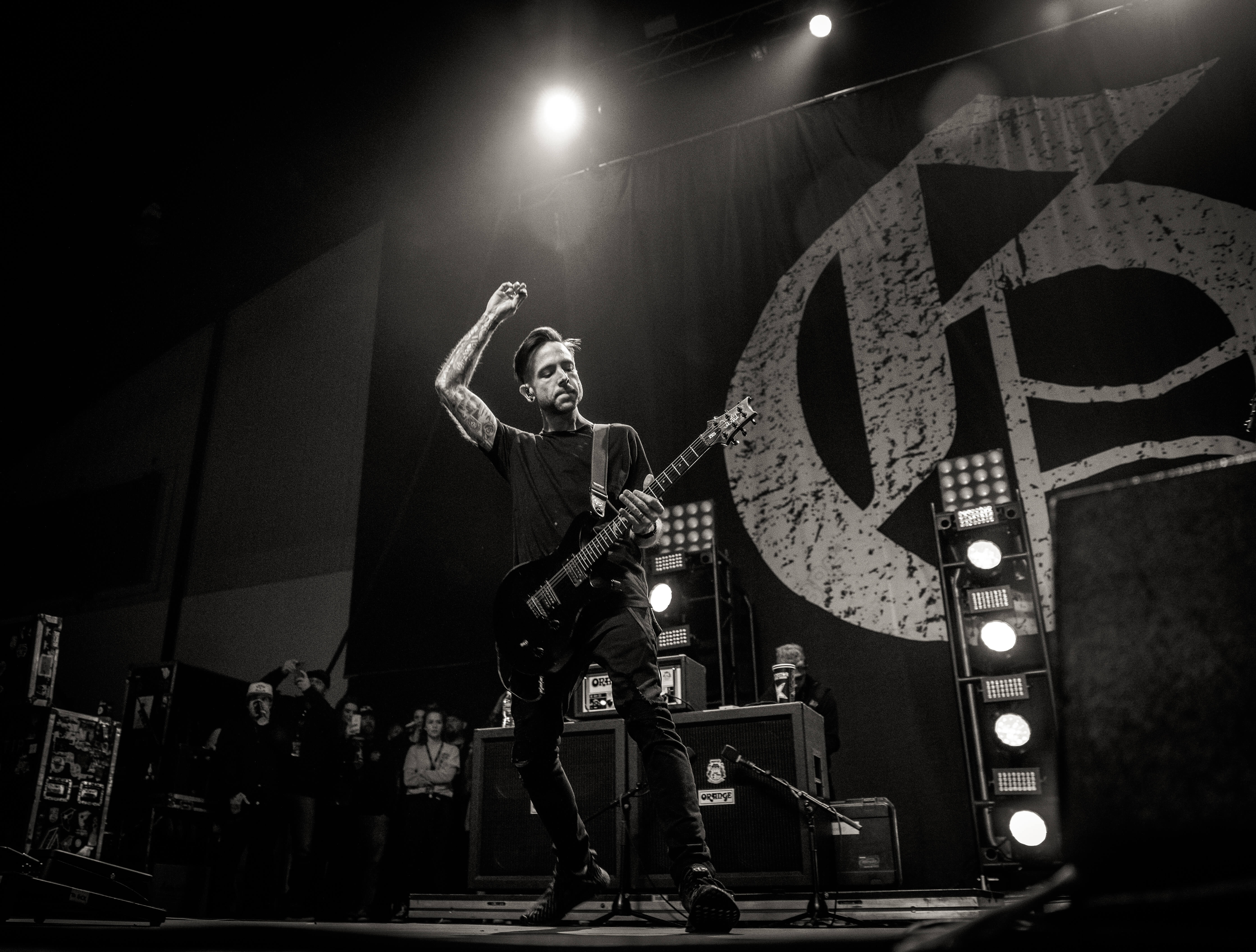 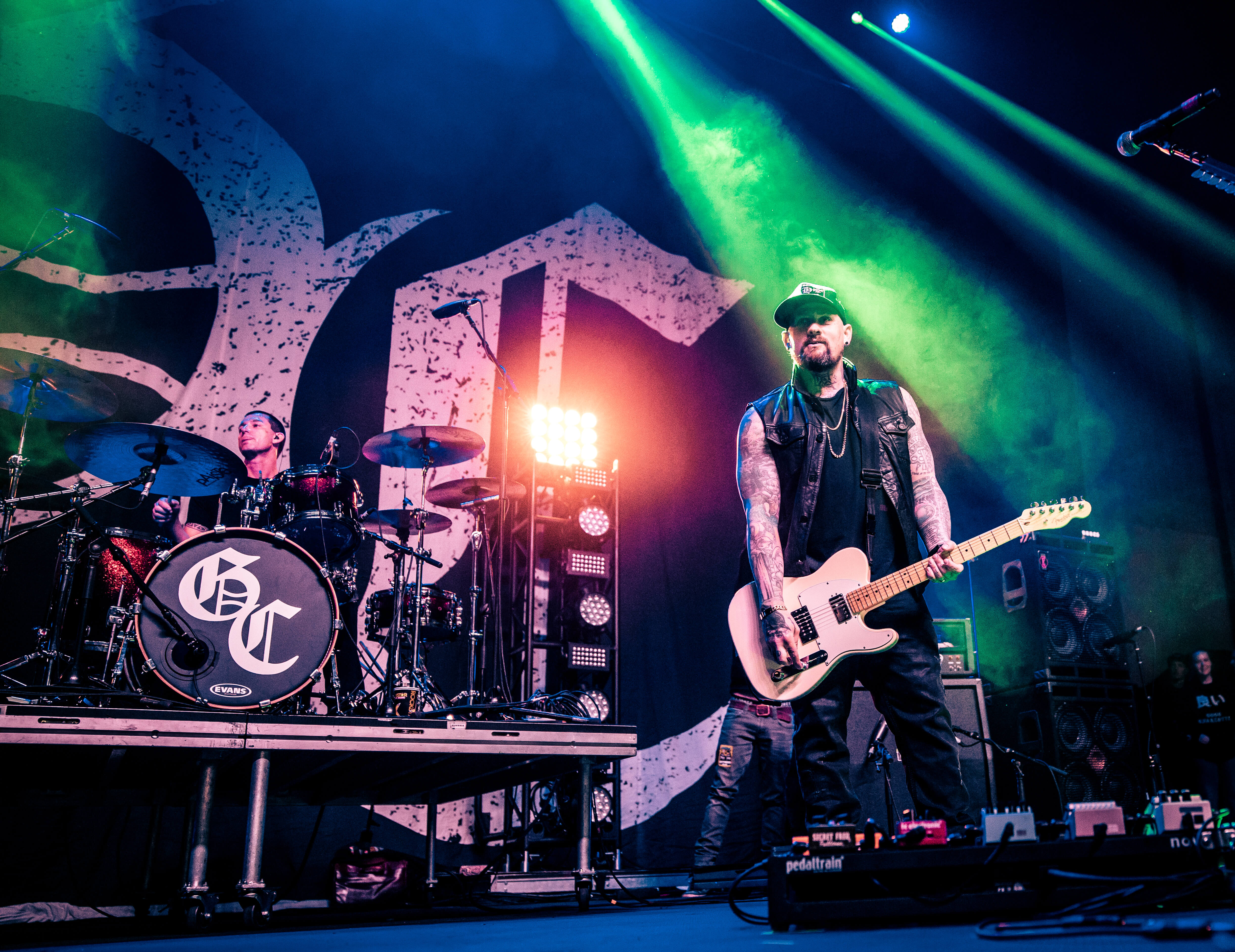 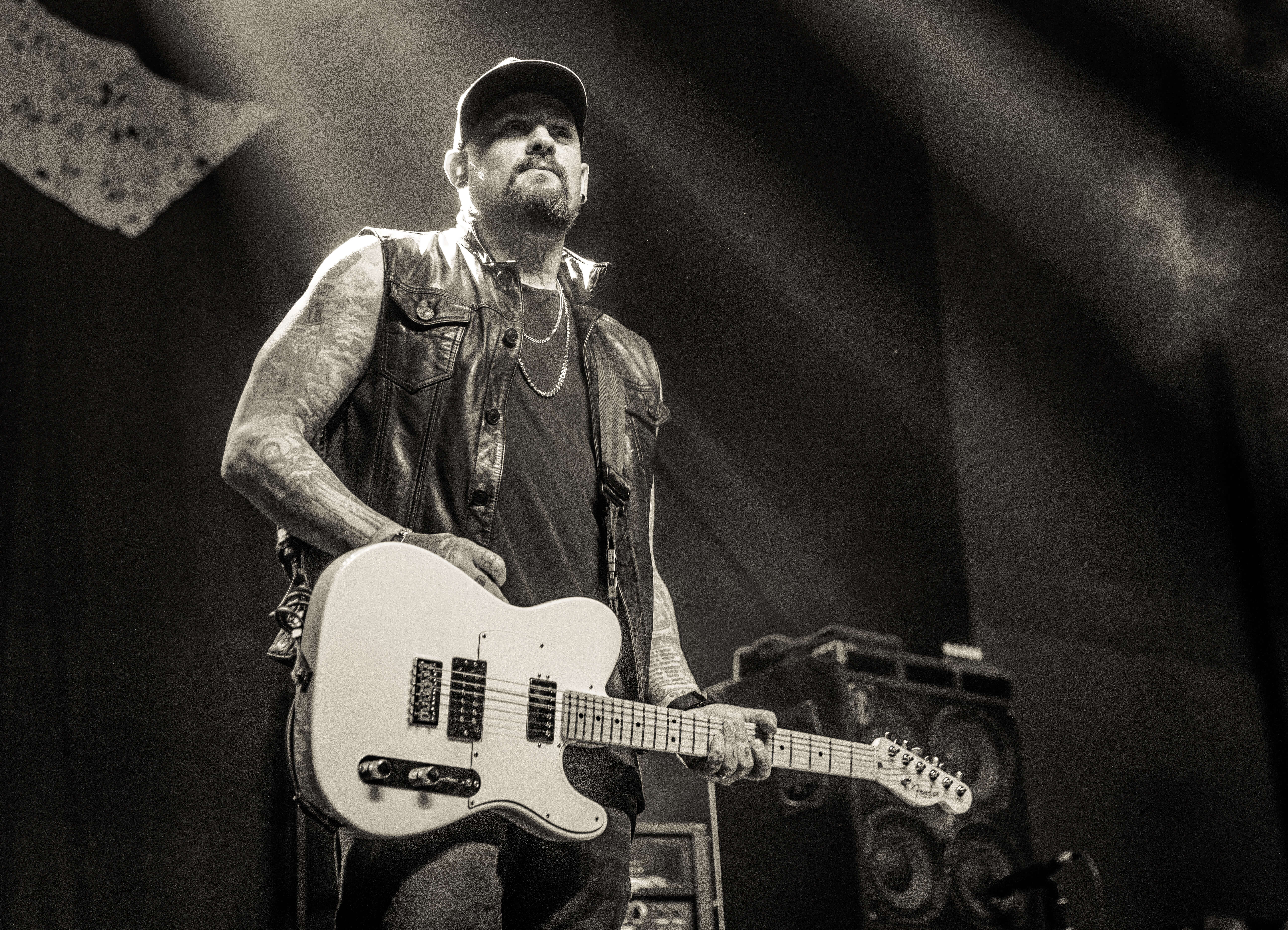 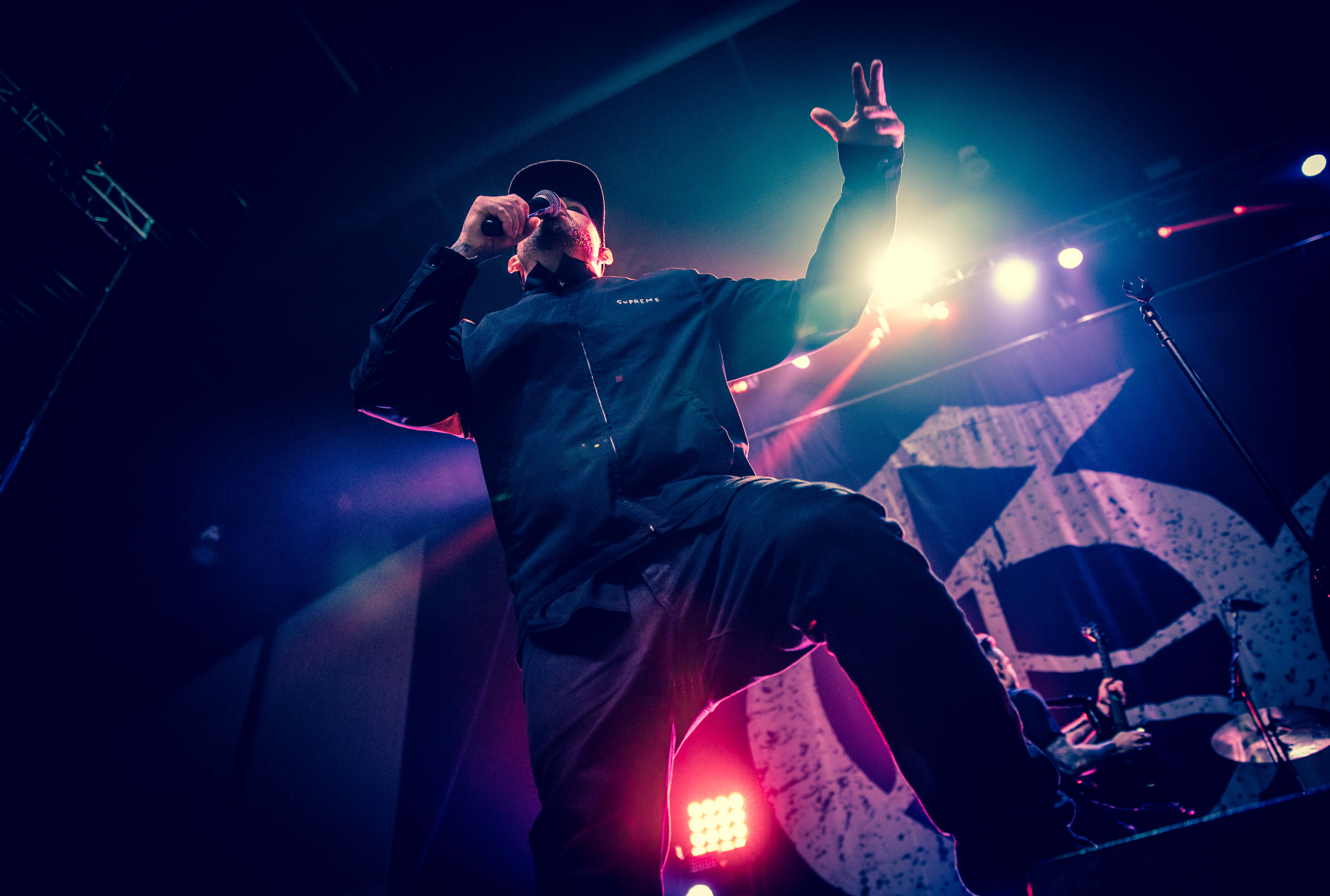 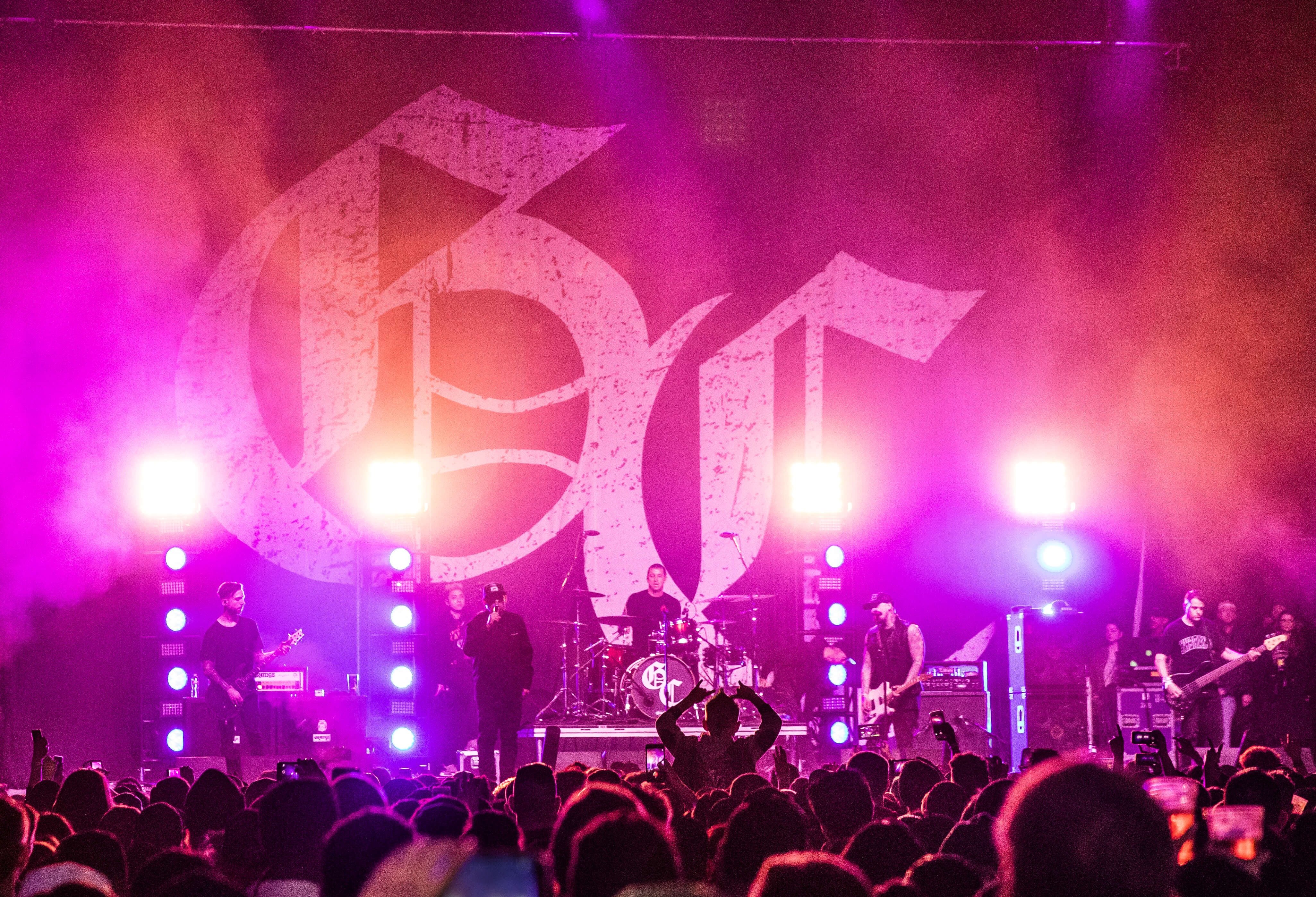 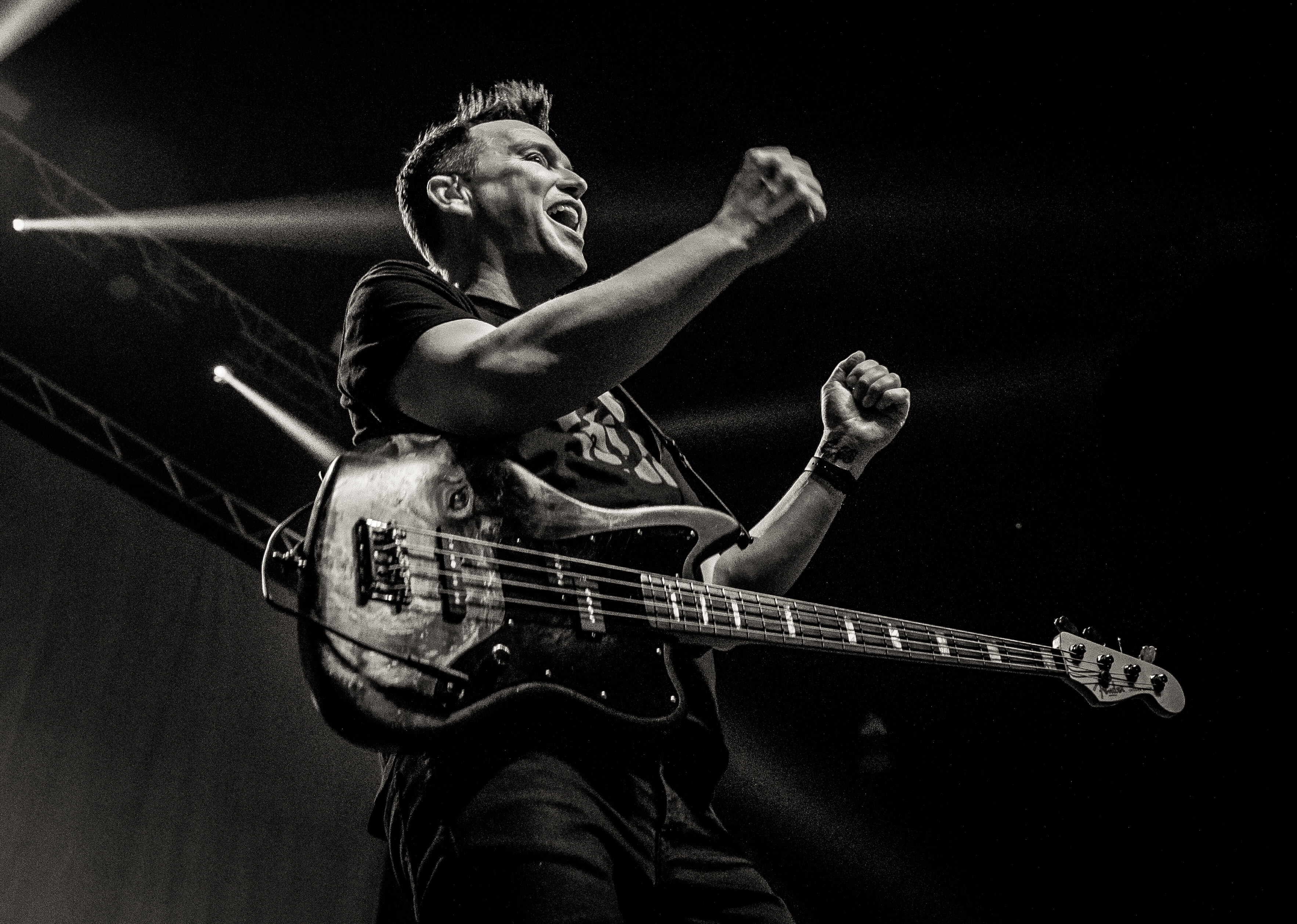 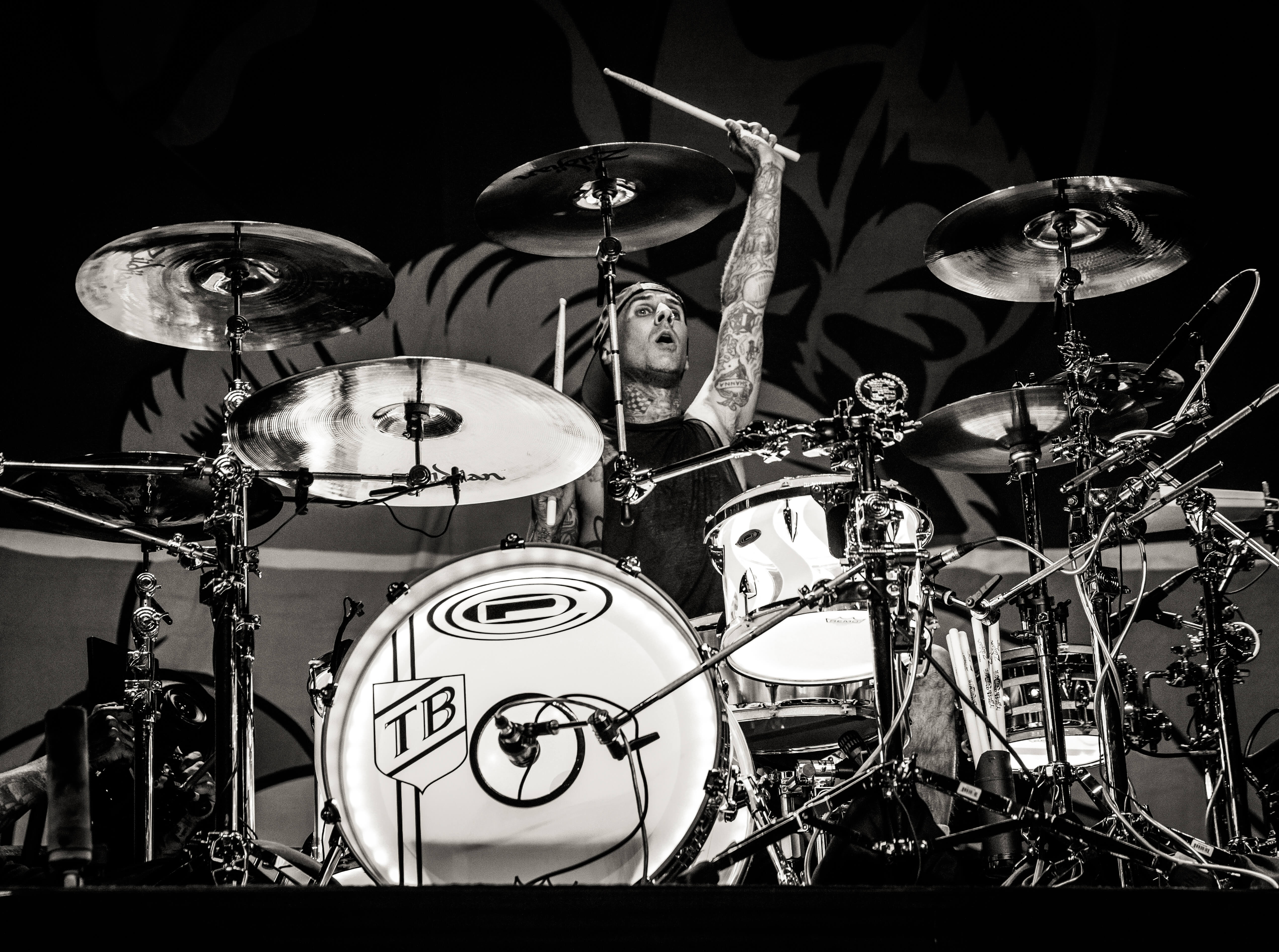 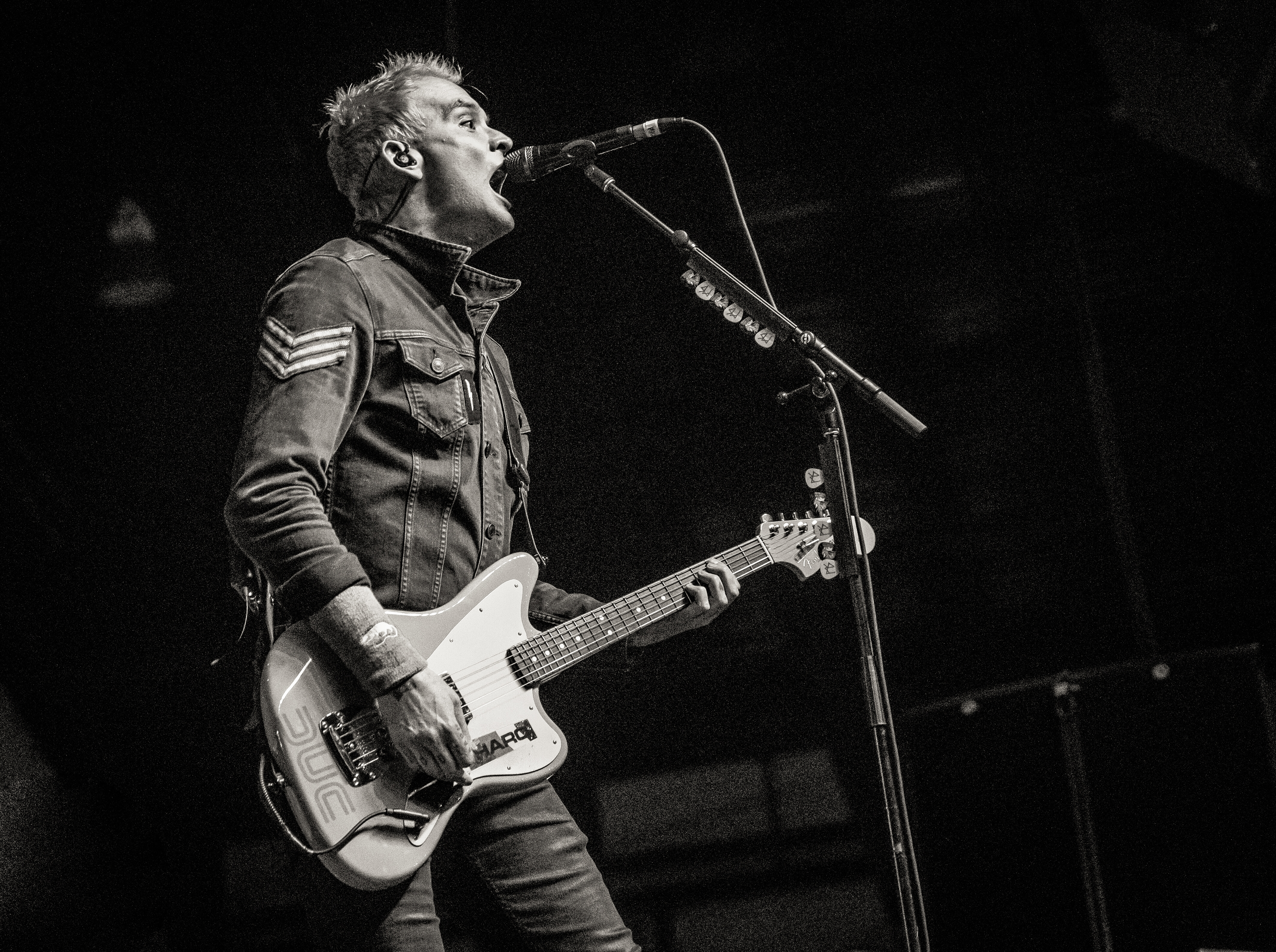 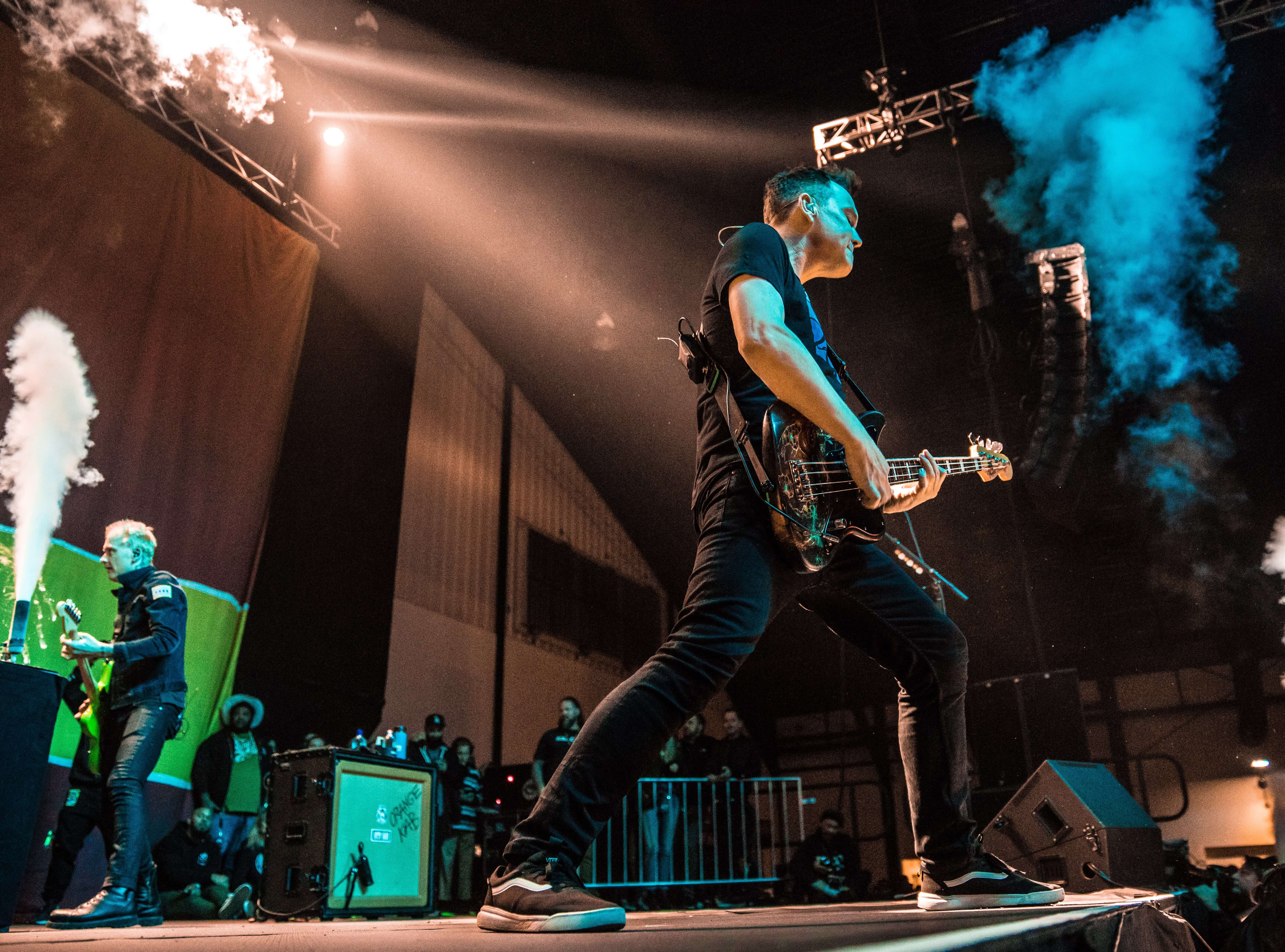 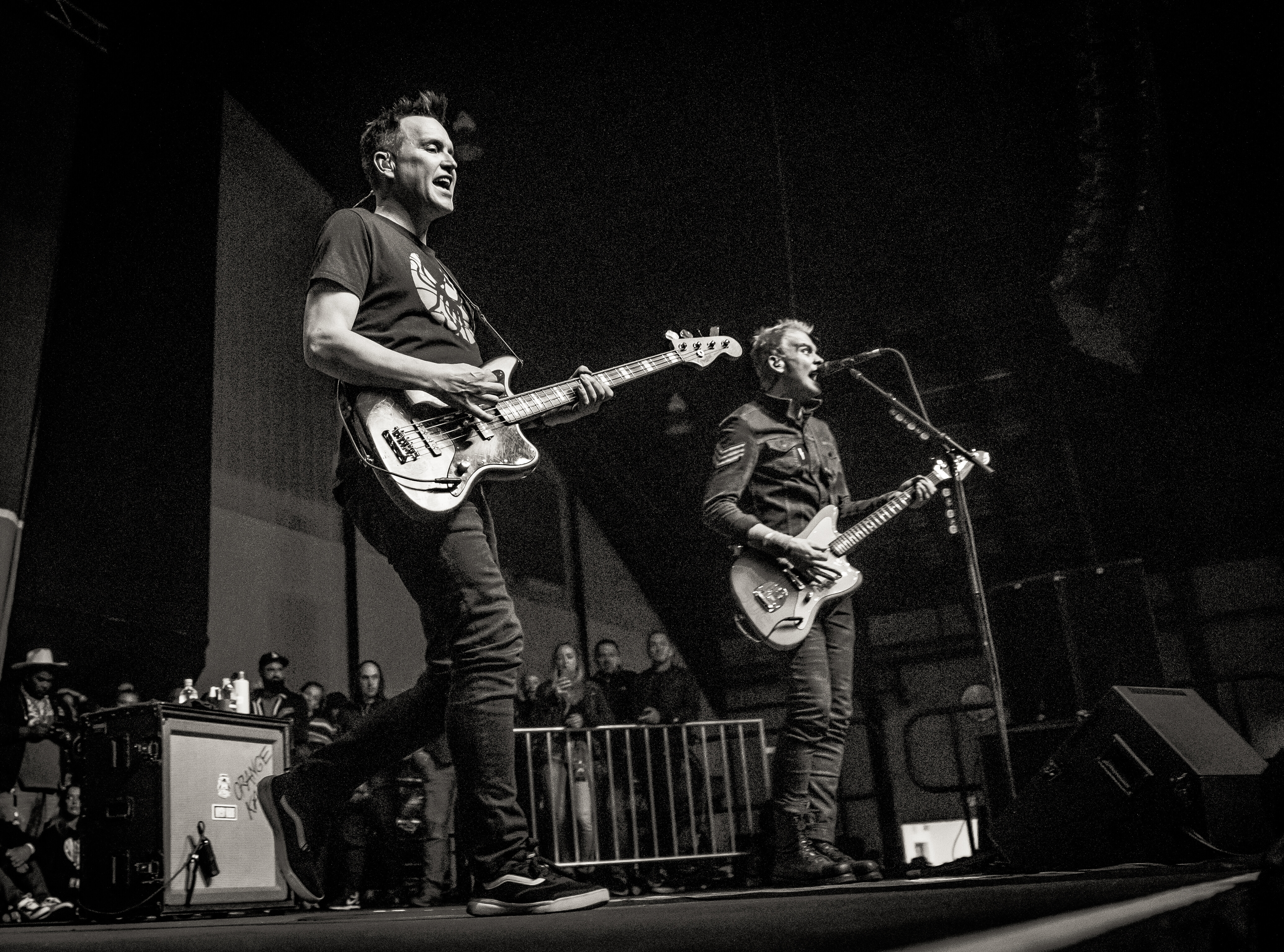 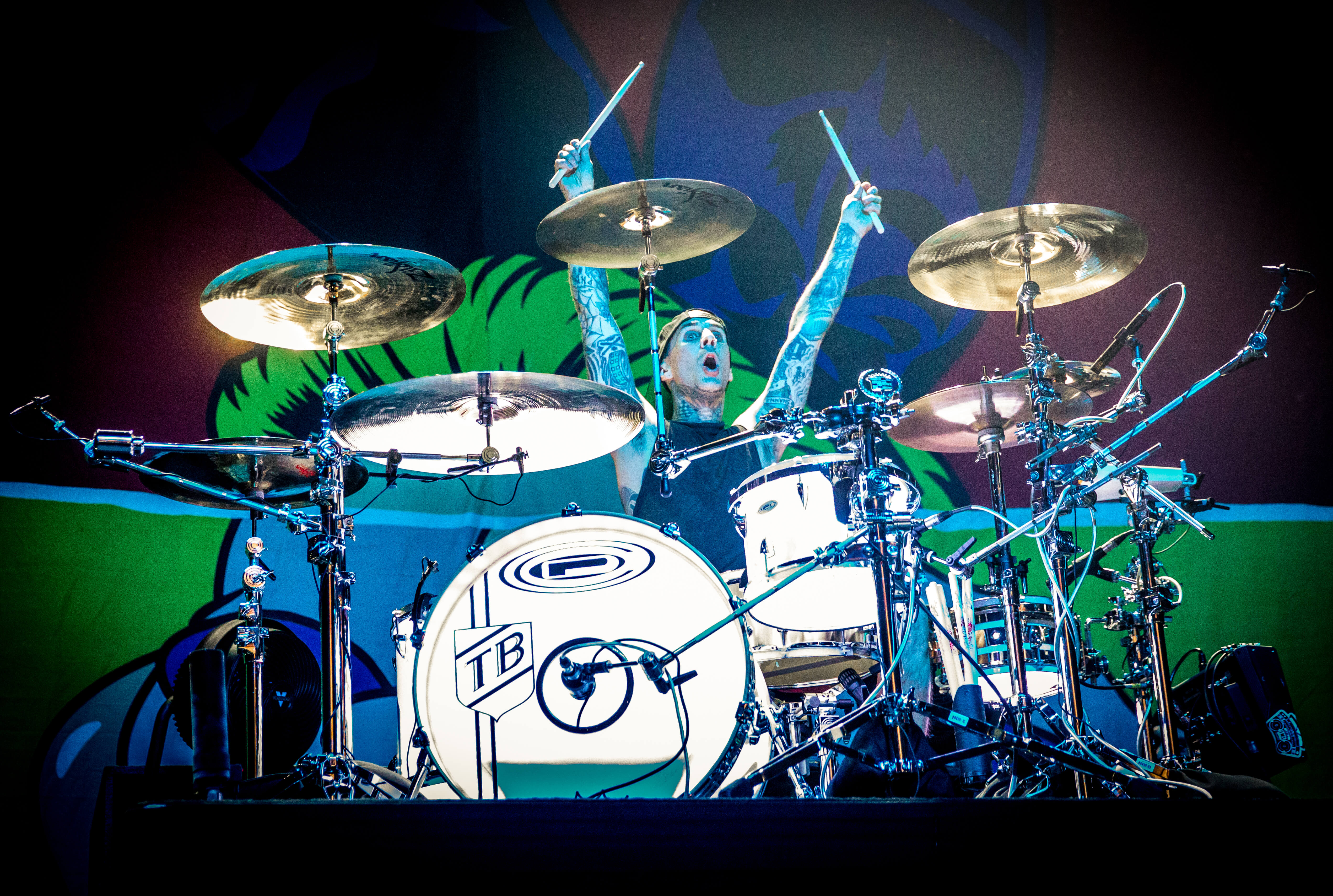 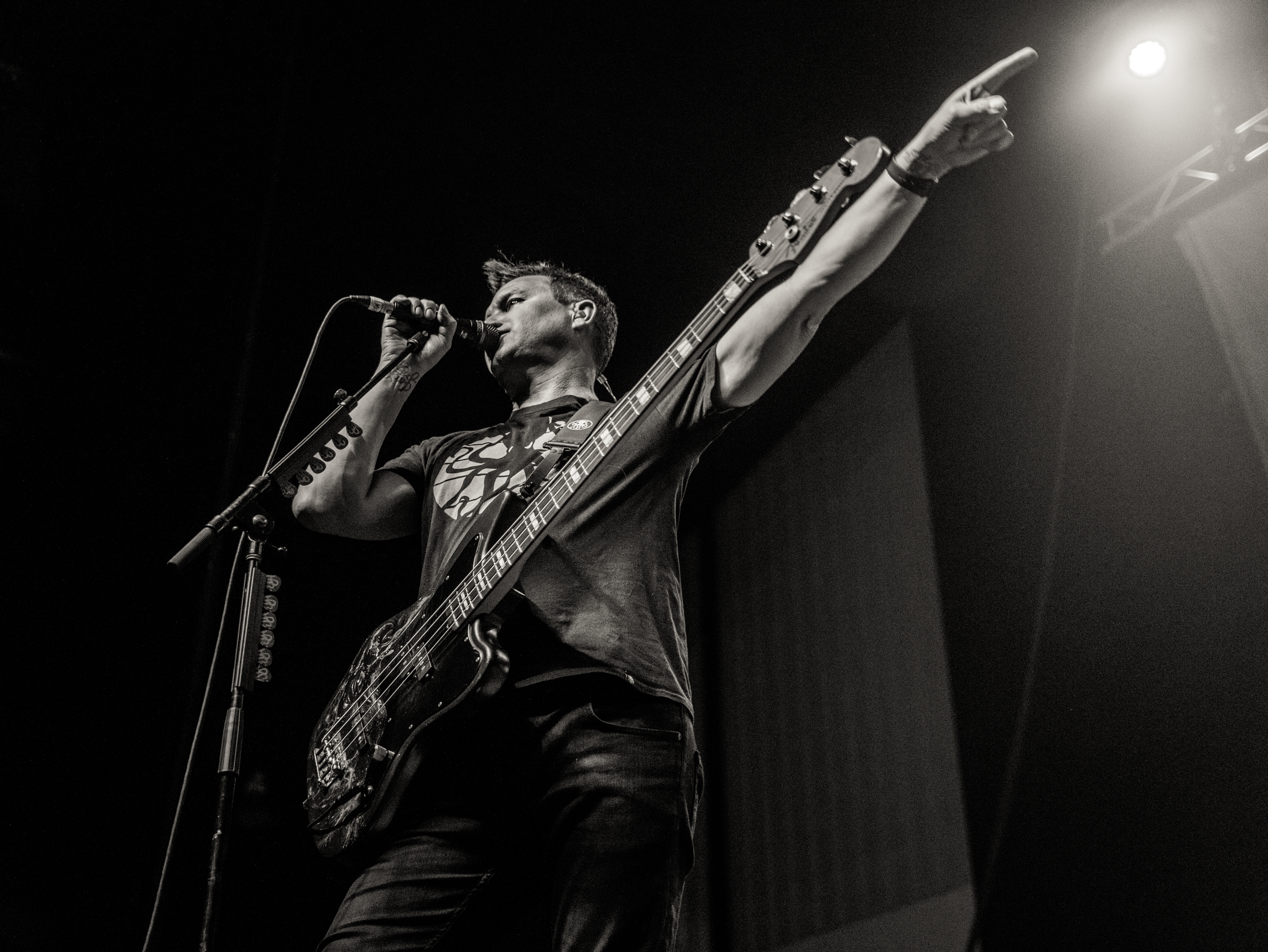 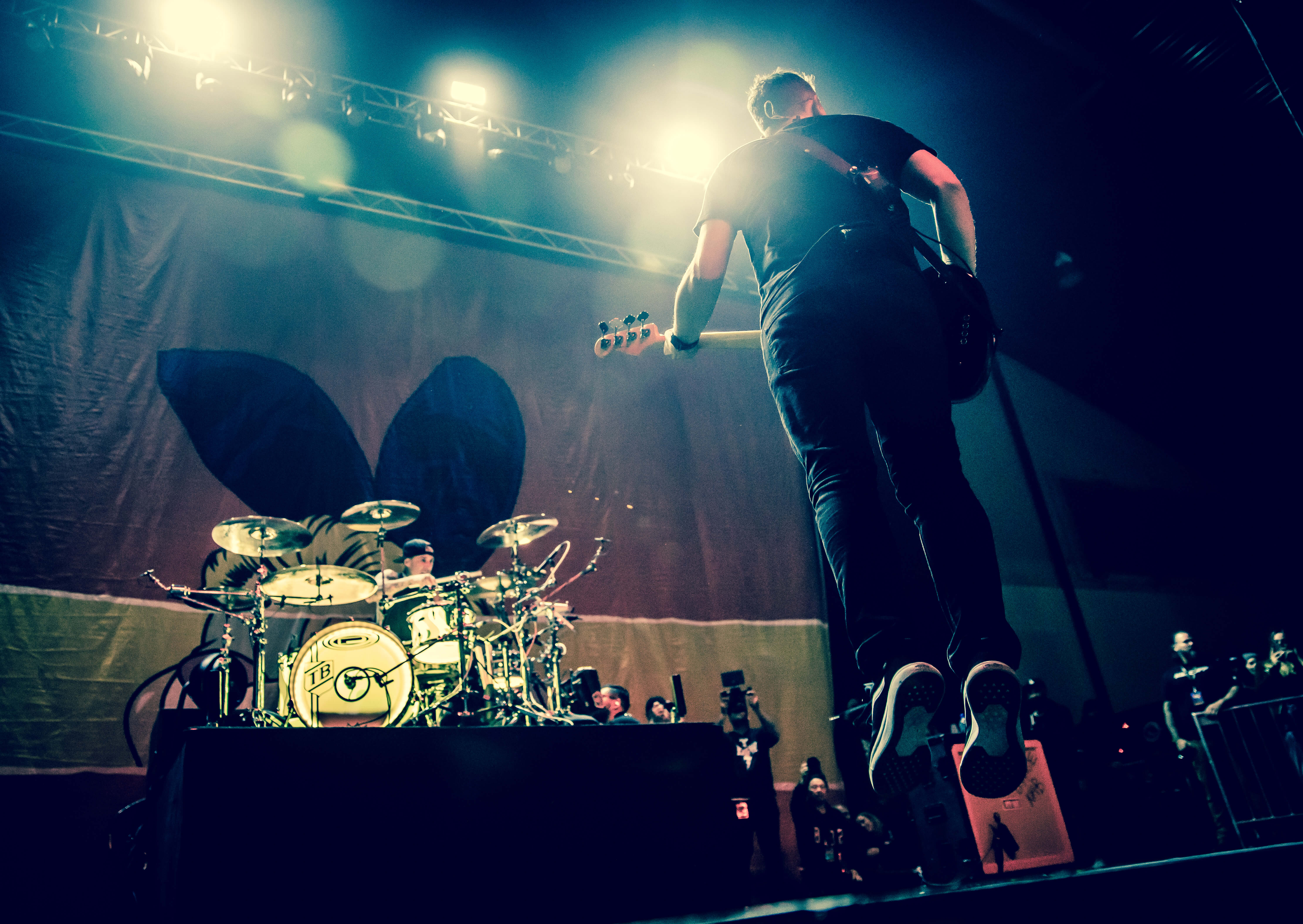 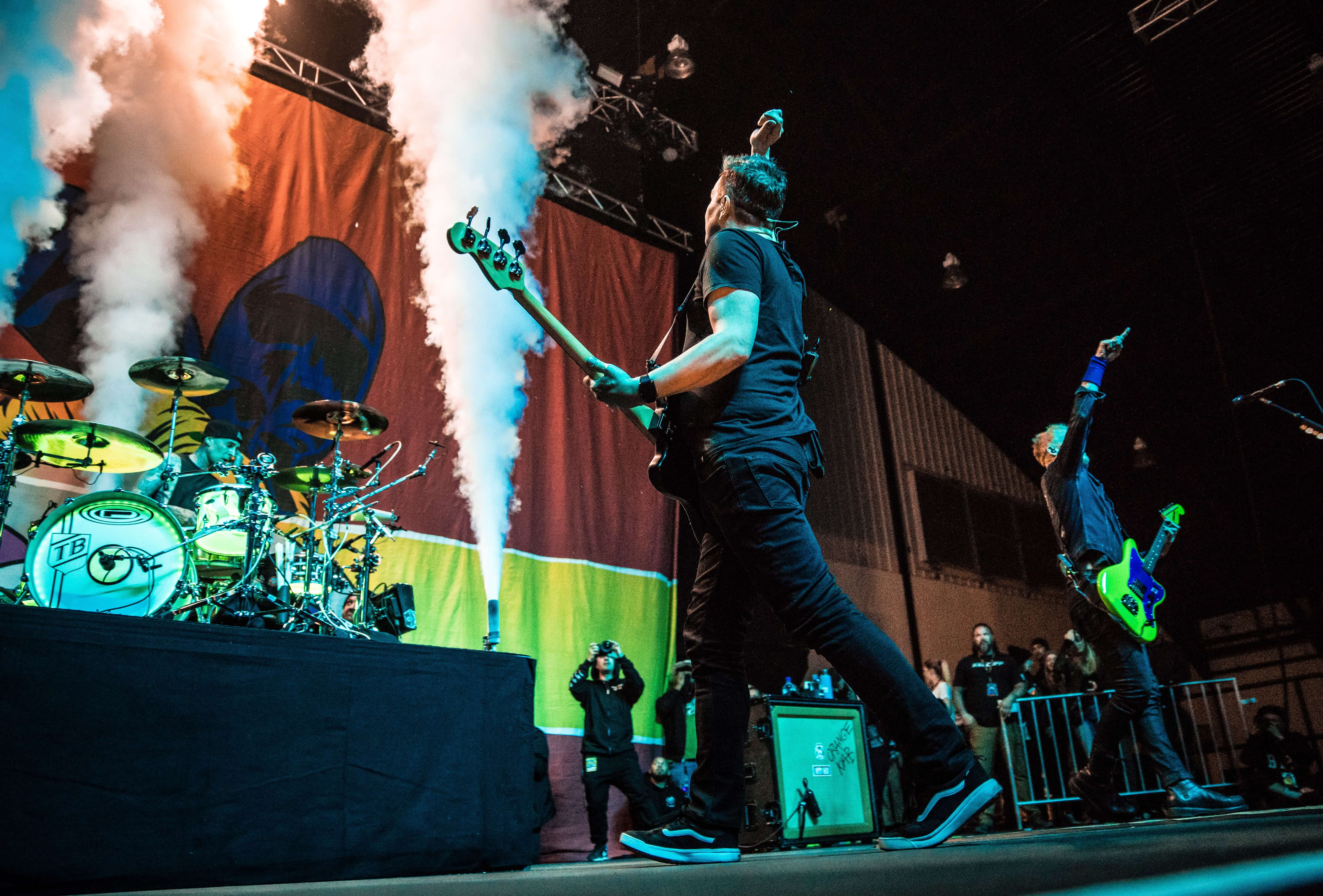 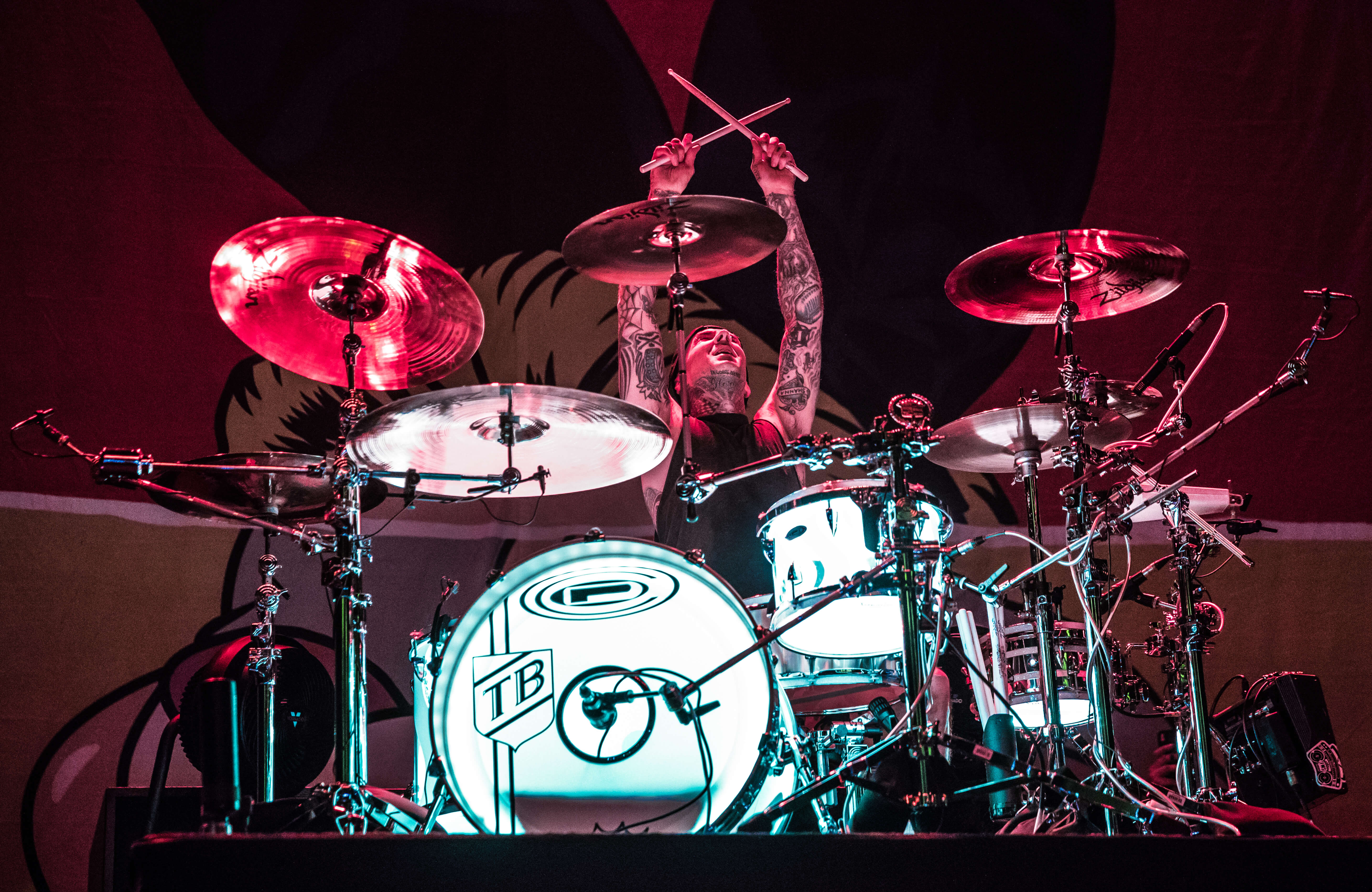 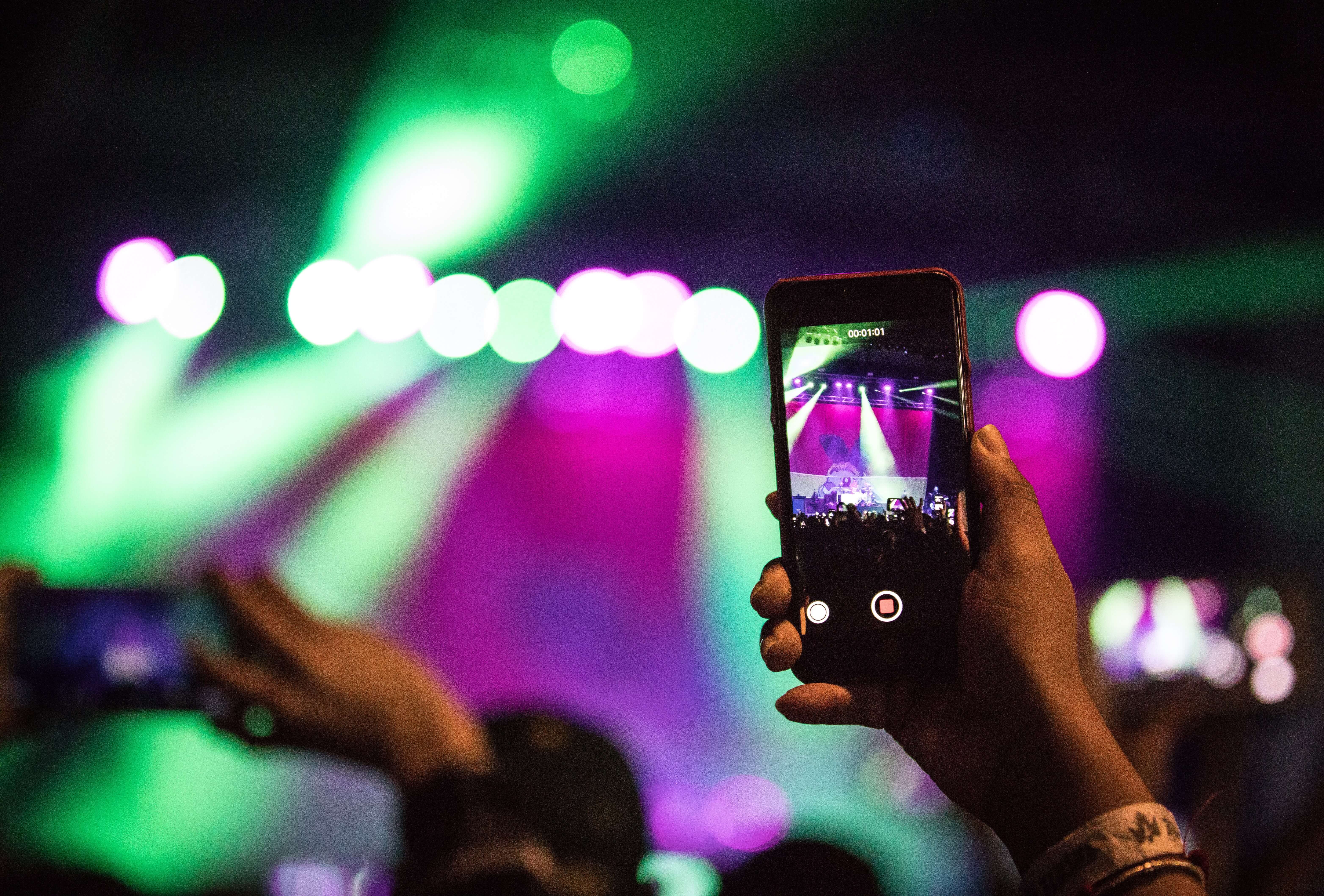 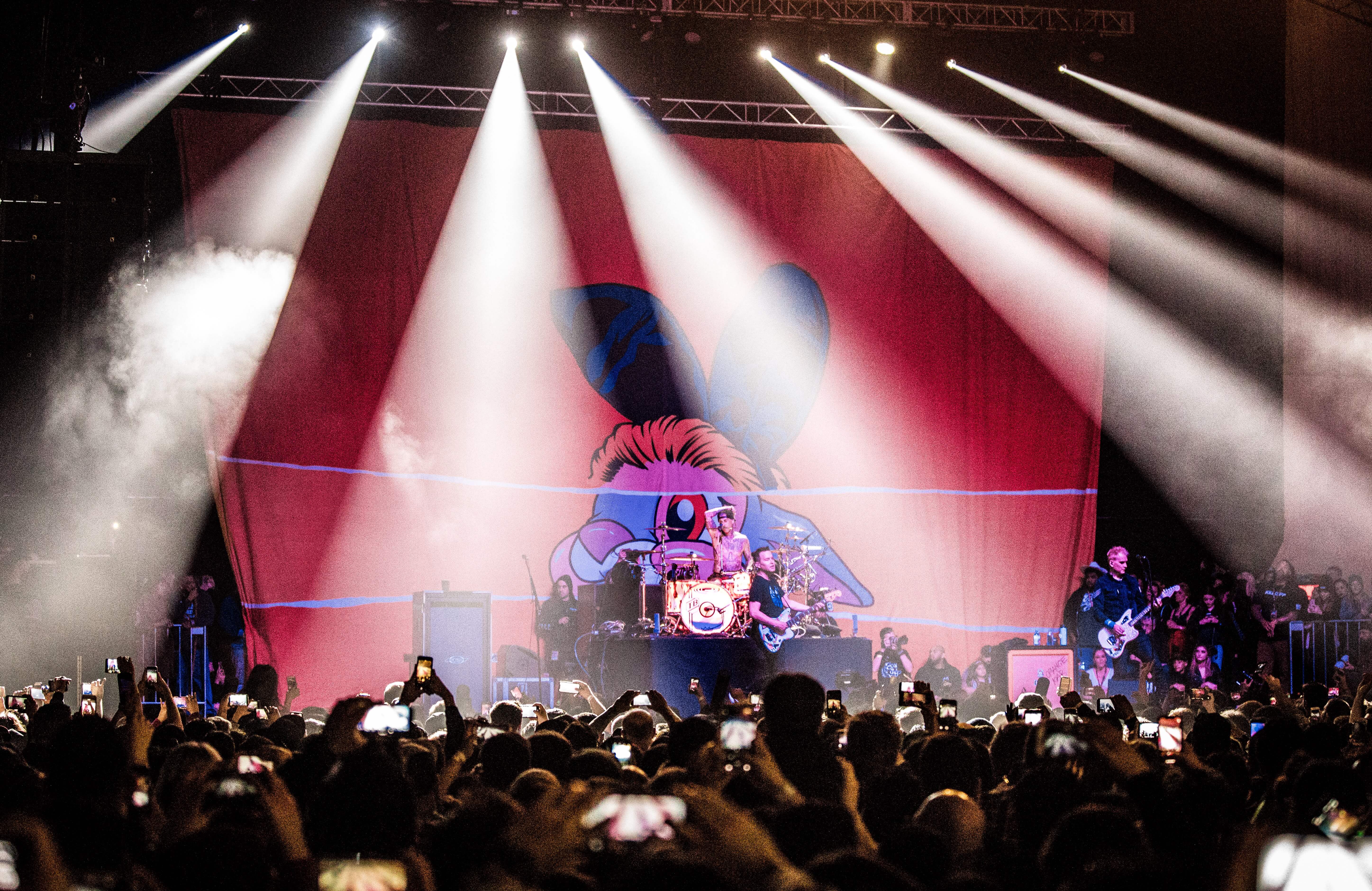 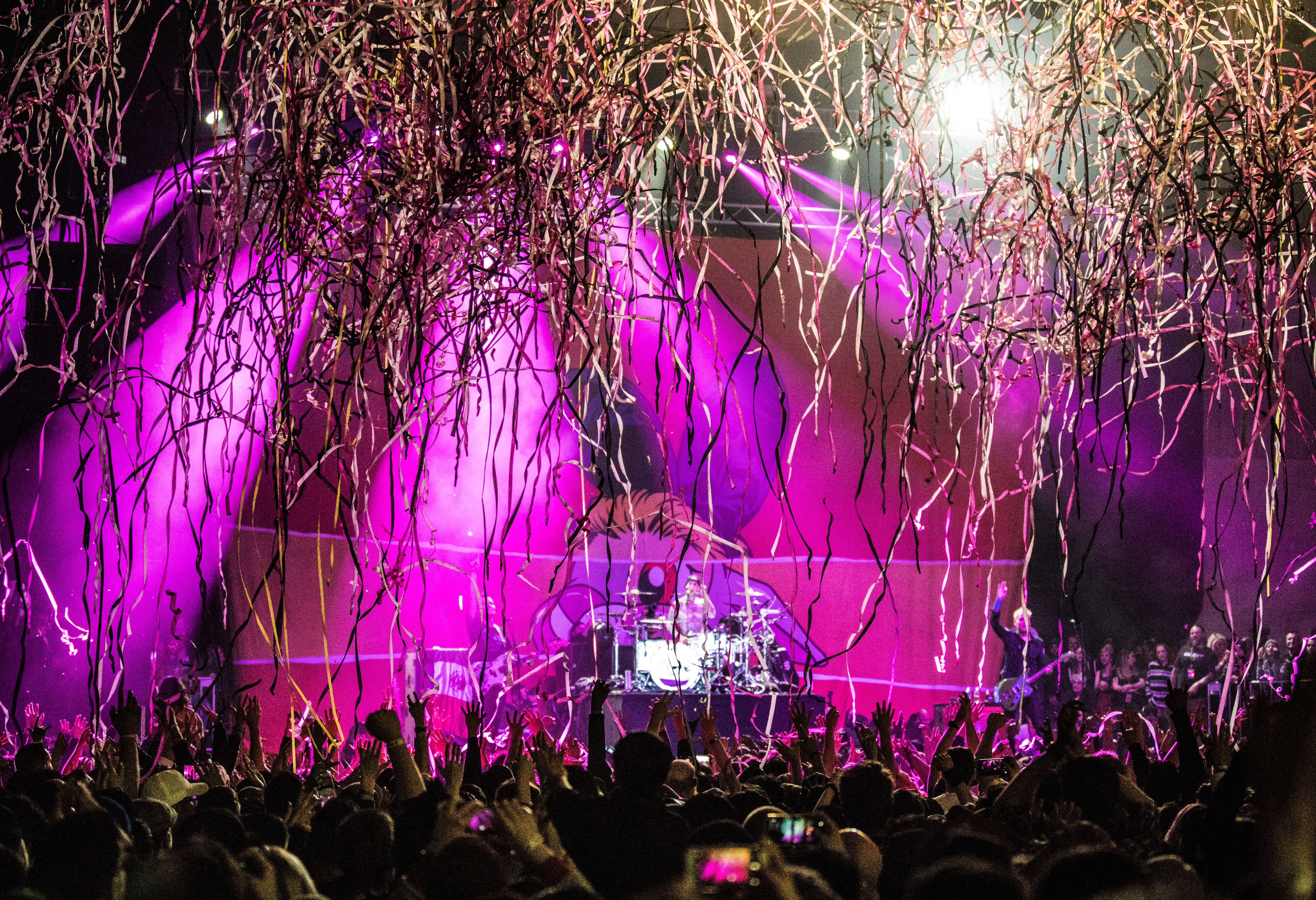