From NBC's Days Of Our Lives

At the age of seven, Victoria Konefal’s mother had to practically hold her back from jumping on stage to join the performers in an off-Broadway production of The Hobbit. From then on, it was clear that Konefal was destined for the spotlight. She began her acting career early on in life, working with a well-known area theatre company. With her dream at the forefront of her decisions, she attended Fiorello H. LaGuardia Performing Arts High School to follow in the footsteps of many famous actors and actresses.

New York City was her home, and she still longs for it, citing that if time were to freeze, she would run around the city. Alas, to pursue her acting career she needed to move out to Los Angeles. Once there, Konefal caught her first big break, landing the role of Ciara Brady on the Emmy-winning soap opera Days of Our Lives. This ambitious, diligent, and adventurous actress has continued to land other roles in notable television shows and movies.

As you can imagine, this type of fast-paced career can be stressful at times, but Konefal knows ways to help deal with the career pressures. When asked, she says that she just finds ways to slow down life and look at the situation rationally. Konefal is also passionate about the environment and considers herself an advocate through her support of local organizations. Currently living in Los Angeles, expect to see Konefal grace more television screens across the world soon! 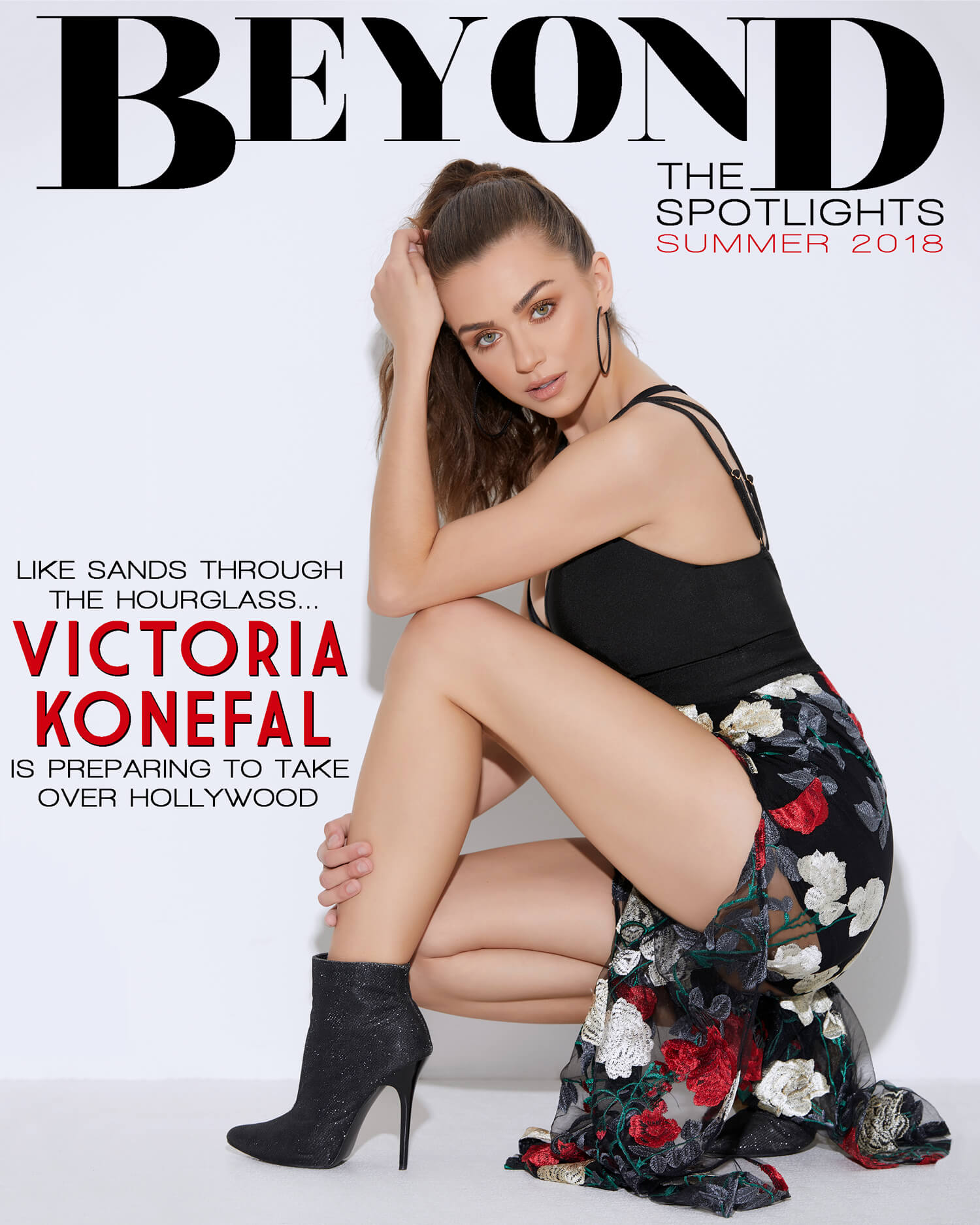 If you could learn the answer to one question about your future, what would the question be?
I’d rather not know anything about my future, it would ruin the whole element of surprise.

Time freezes for everyone but you for one day. What do you do?
I would walk through New York City. Maybe splash around in some of the fountains- probably break into the MOMA and see everything. I would just love to enjoy the eerie stillness of time freezing in such an enchanting place. Plus, I wouldn’t have to deal with tourist foot traffic.

You have to relive one day of your life forever. Which day do you choose?
Probably one of my Christmas’s as a child.

What is something you are obsessed with?
Dogs- every time I see one, I stop everything and run to it. They’re my weakness.

What’s your favorite way to waste time?
Binge watch a great series or some amazing films. 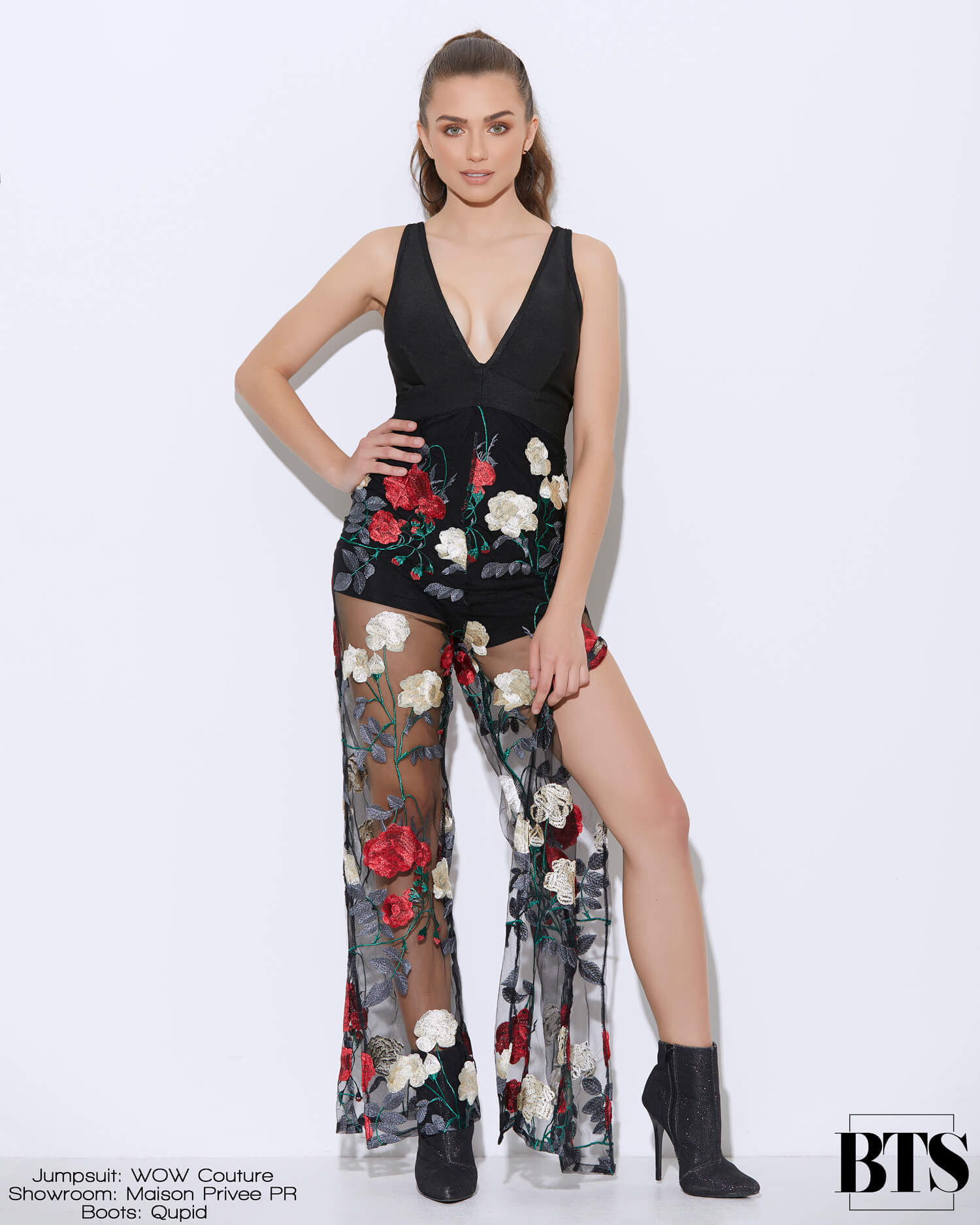 What is something that is popular now that annoys you?
People doing those weird slime videos on Instagram.

What do you do to get rid of stress?
I like to go outside, close my eyes and breathe. Maybe I’ll take a walk as well, depending on how much time I have. The point of that is to slow myself down and silence my thoughts for a little bit. To rationalize the situation and decompress.

What three words best describe you?
Ambitious, adventurous and diligent.

What three words would your friends say best describe you?
I asked three friends. They said “Dedicated, caring and clean”, “Warmhearted, devoted and free-spirited” and “Determined, strong and gregarious”.

I love my friends!

Where is the most beautiful place you have been?
Poland. 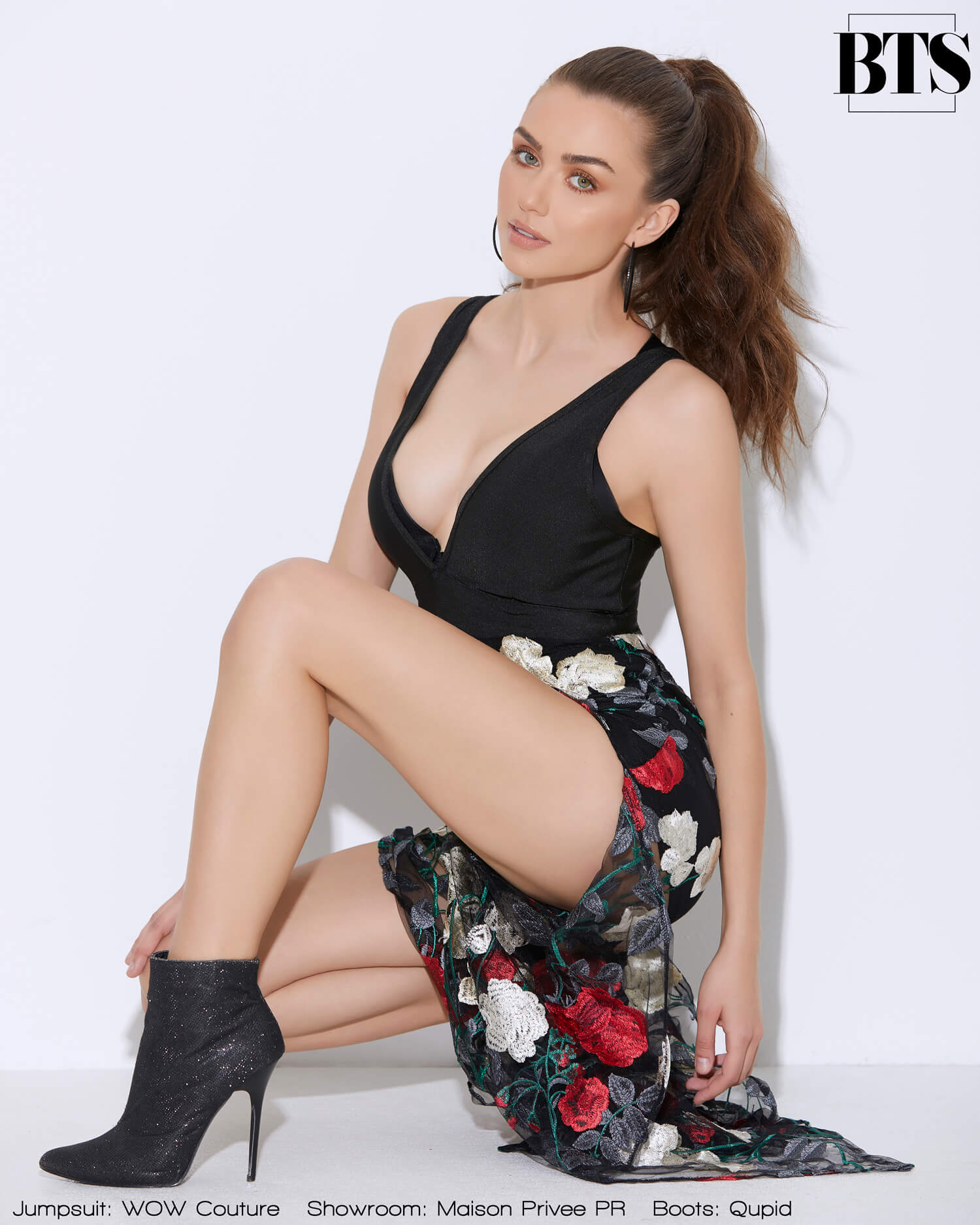 Where is the most relaxing place you have been?
Yosemite National Park.

What word or saying from the past do you think should come back?
The phrase “going together” when describing a new relationship. I think it’s so sweet.

What was the last movie you watched?
The Darkest Hour.

Do you prefer to watch movies in the theater or in the comfort of your own home?
That depends on the film. I usually opt for staying in the comfort of my own home, but going to the theatre for big action flicks is always really fun.

What was the last funny video you saw?
I don’t know if it’s necessarily funny but Will Smith uploading a video of Jada Pinkett Smith dancing in Budapest and I’m obsessed with it. That family makes me so happy and the way Will and Willow are hyping Jada up brings the biggest smile to my face.

What’s your secret talent?
This sounds weird but I can puff my stomach out and make it look like I’m 4/5 months pregnant. The bump is pretty hard and I can keep it up for a good minute before my muscles start to get sore. I can also roll my belly up and down like a worm- apparently, I started doing it as a toddler. 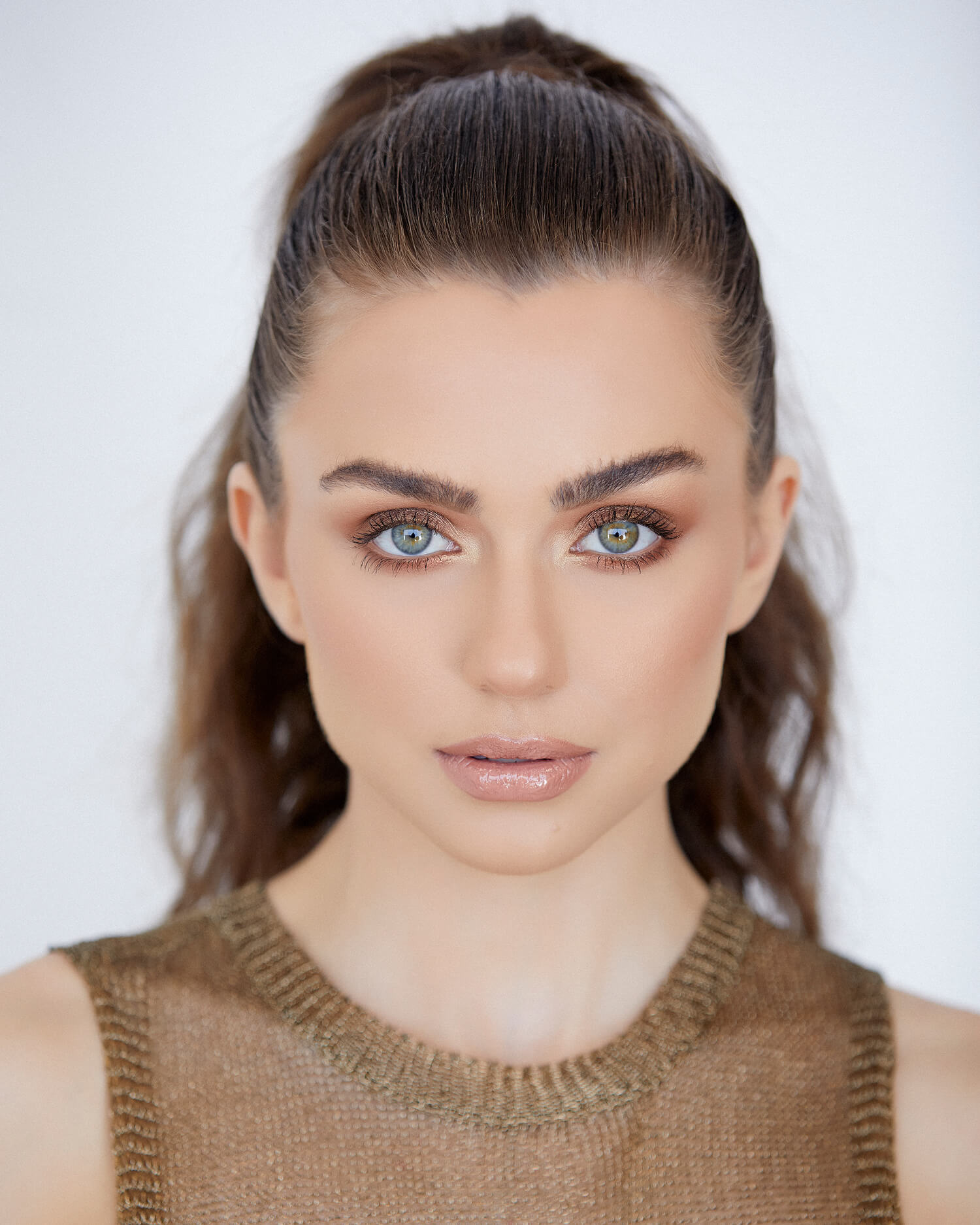 What song always puts you in a good mood?
Anything by Frank Sinatra or Michael Buble.

Are there any songs that always bring a tear to your eye?
“My Heart Will Go On” by Celine Dion. It never fails.

Who was the first band or musician you were really into?
Honestly, the Cheetah Girls were my jam when I was 7. They’re the first group I listened to on my own, but my mom had me growing up with Led Zeppelin and Modern Talking. Two drastically differing genres of music but I loved them both.

What are the three best apps on your phone?
Huji, Sky View and Waze.

An app mysteriously appears on your phone that does something amazing. What does it do?
It brings animated characters to life and magically dispenses them through a hologram. That would be so cool. 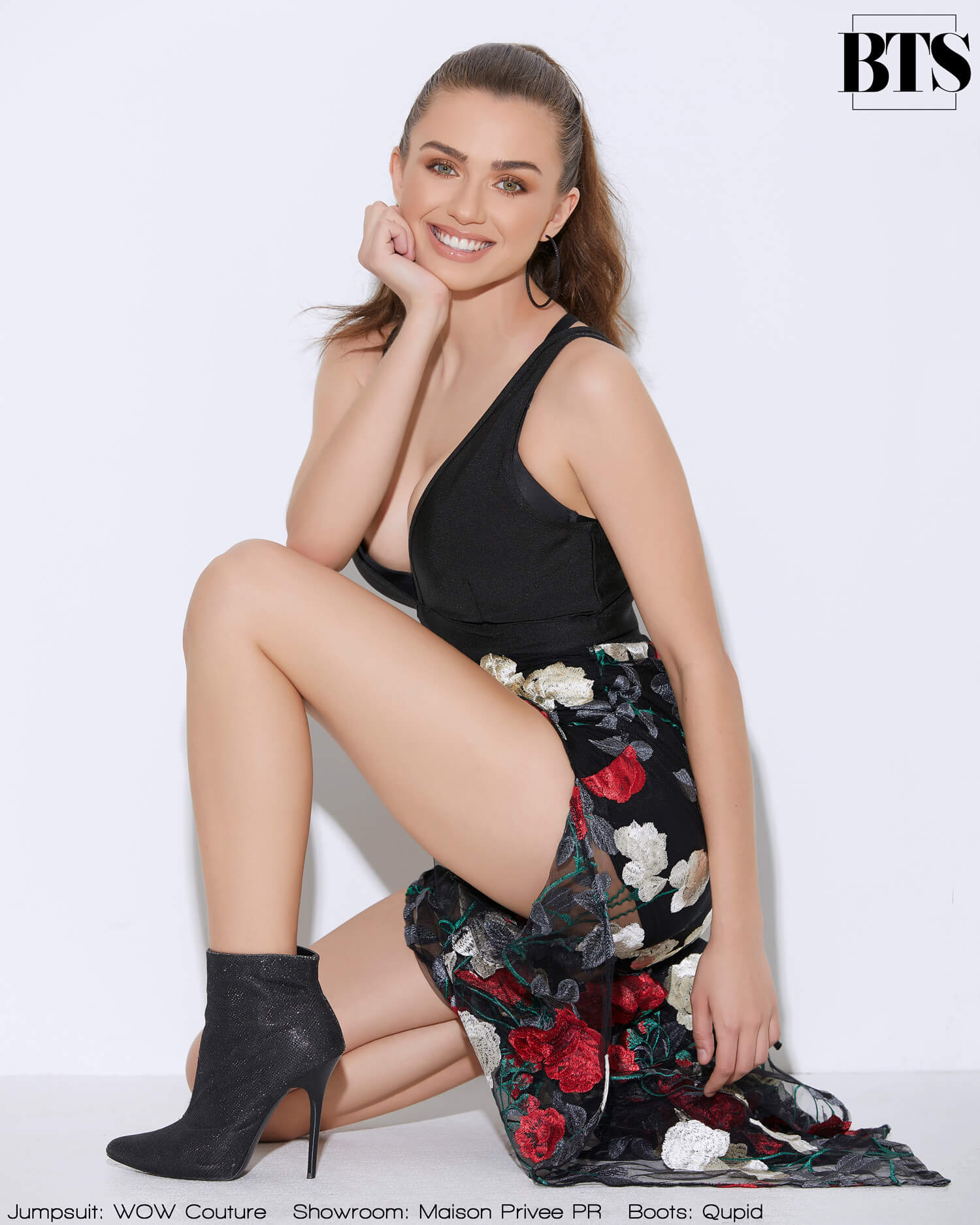 What is a fashion trend you are really glad went away?
Wearing Uggs with everything.

What is the most comfortable piece of clothing you own?
My big fluffy robe.

How many pairs of shoes do you own?
I’ve accumulated them through the years, it’s very hard for me to let them go but I’d say close to 35.

What’s the most ridiculous thing you have bought?
A dress from amazon prime. Never again.

What’s the funniest pick up line you’ve heard?
I guy literally clicked his tongue at me once.

If you could call up anyone in the world and have a one hour conversation, who would you call?
I would love to have a conversation with Johnny Depp. I would want to talk about everything really, his brain has always fascinated me. 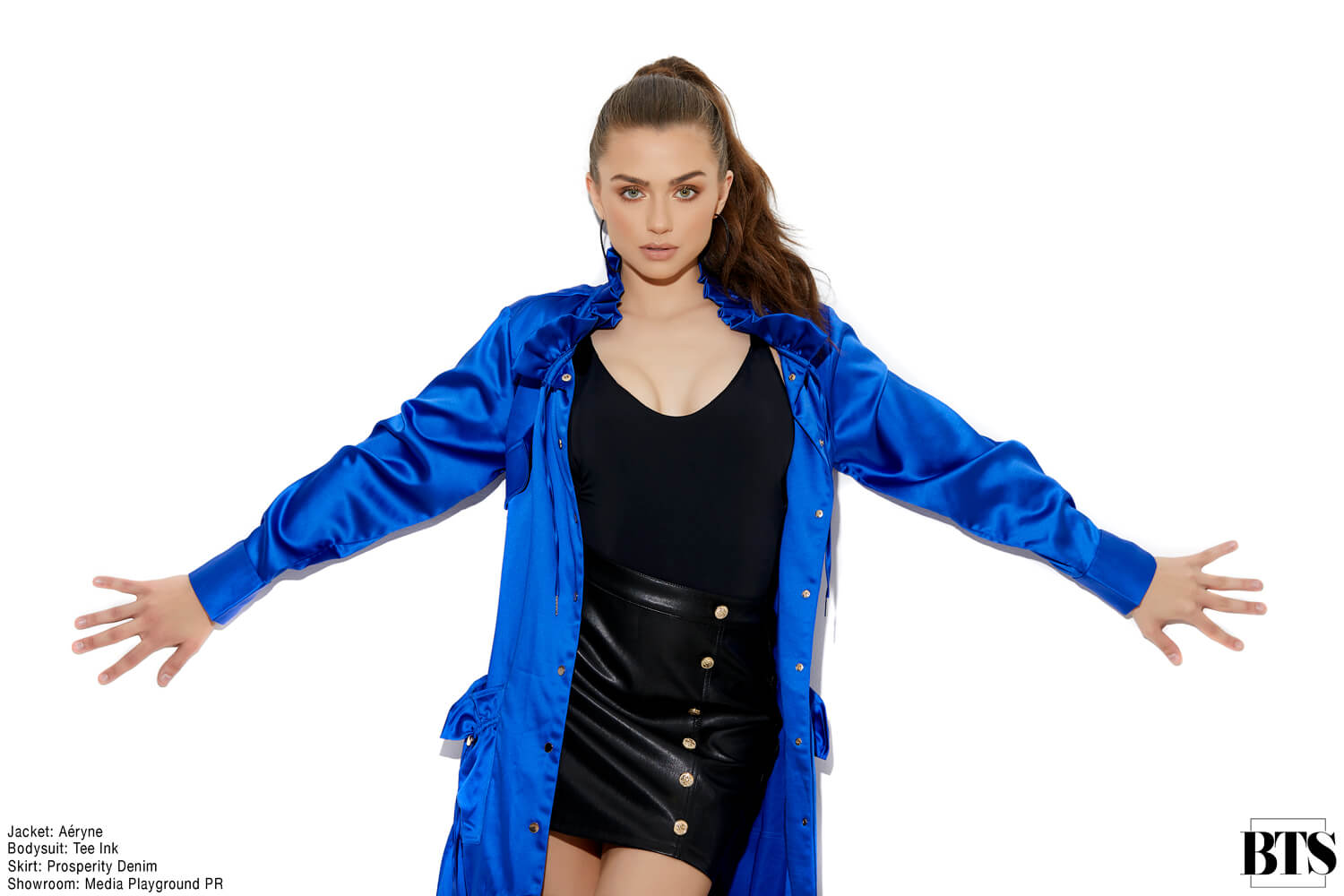 Who would you most like to sit next to on a 10 hour flight and why?
Tiffany Haddish- I just know that would be the best flight of my life.

Who is your favorite entertainer (comedian, musician, actor, etc.)?
Eminem is a solid number one for me. He’s a lyrical genius and I’ve stood by that since I was 11.

If you had a personal mascot, what would your mascot be?
A big fluffy version of my dog Lola. She’s a miniature schnauzer and looks like a stuffed animal.

What is the craziest, most outrageous thing you want to achieve?
I want to visit every country in the world, and be in it long enough to actually experience it.

What do you hope to achieve in your professional life?
To first and foremost be the best version of myself no matter what happens, and get every kind of role I could possibly imagine. I want a career filled with variety and growth.