The guys met in 2002 while attending high school in Cheshire, England. During the early years the band performed under many different names before finally finding the inspiration for the band name on the back page scribblings of the book ‘On The Road‘ by Jack Kerouac.

The musical style has continued to evolve from their first EP, titled Facedown, then the debut album The 1975, followed by the critically acclaimed I Like It When You Sleep, for You Are So Beautiful yet So Unaware of It, and the much anticipated follow up in 2018 of A Brief Inquiry into Online Relationships.

We witnessed the intimate sold out show at the world famous Roxy Theatre in Los Angeles, CA. Fans camped out for days to purchase the tickets, and then lined streets around Sunset Blvd even longer to get their spots as close as they could to their favorite band. Needless to stay the energy in the room was electric and the band performed their hits in true rock and roll fashion worthy of the historic venue. 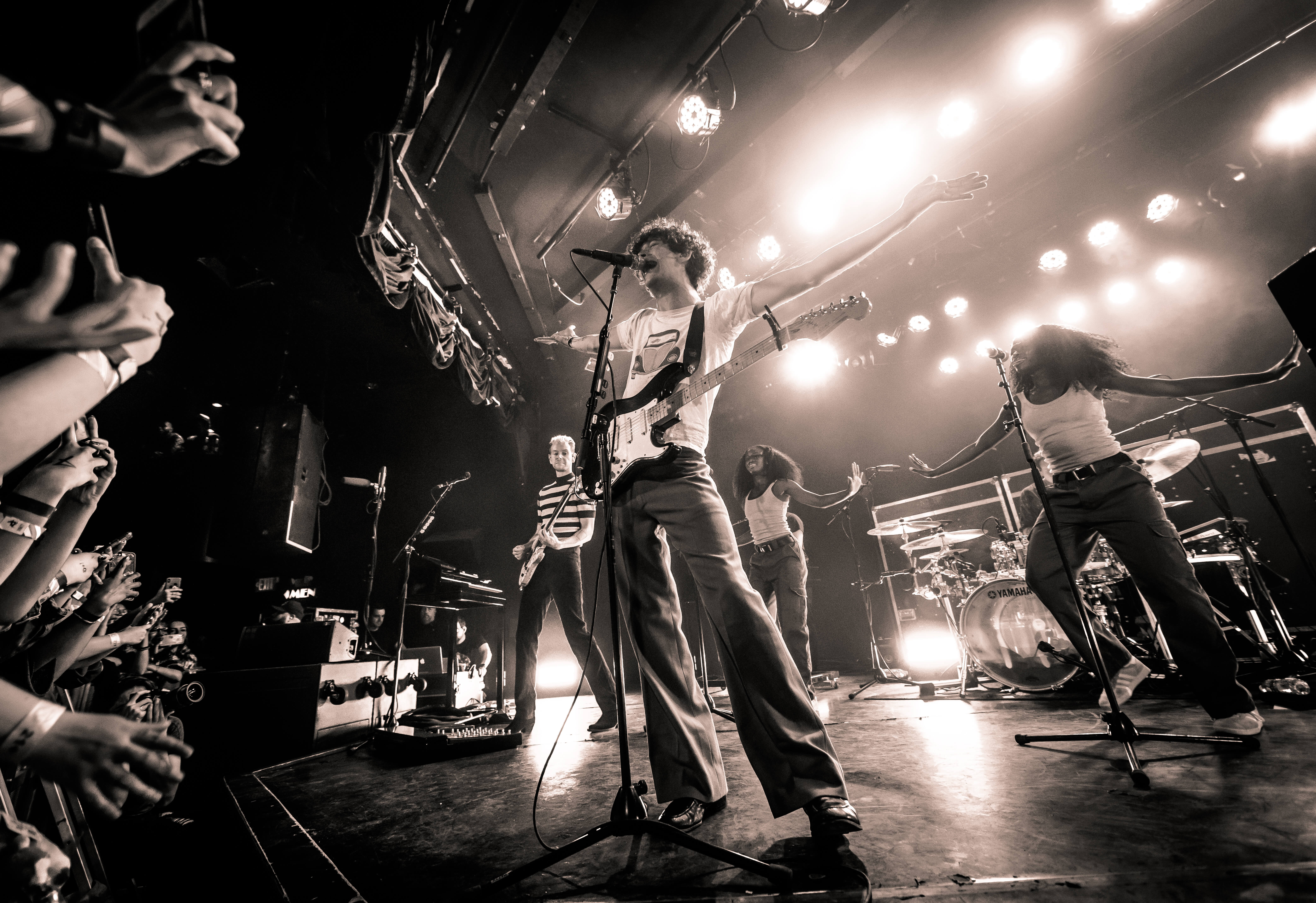 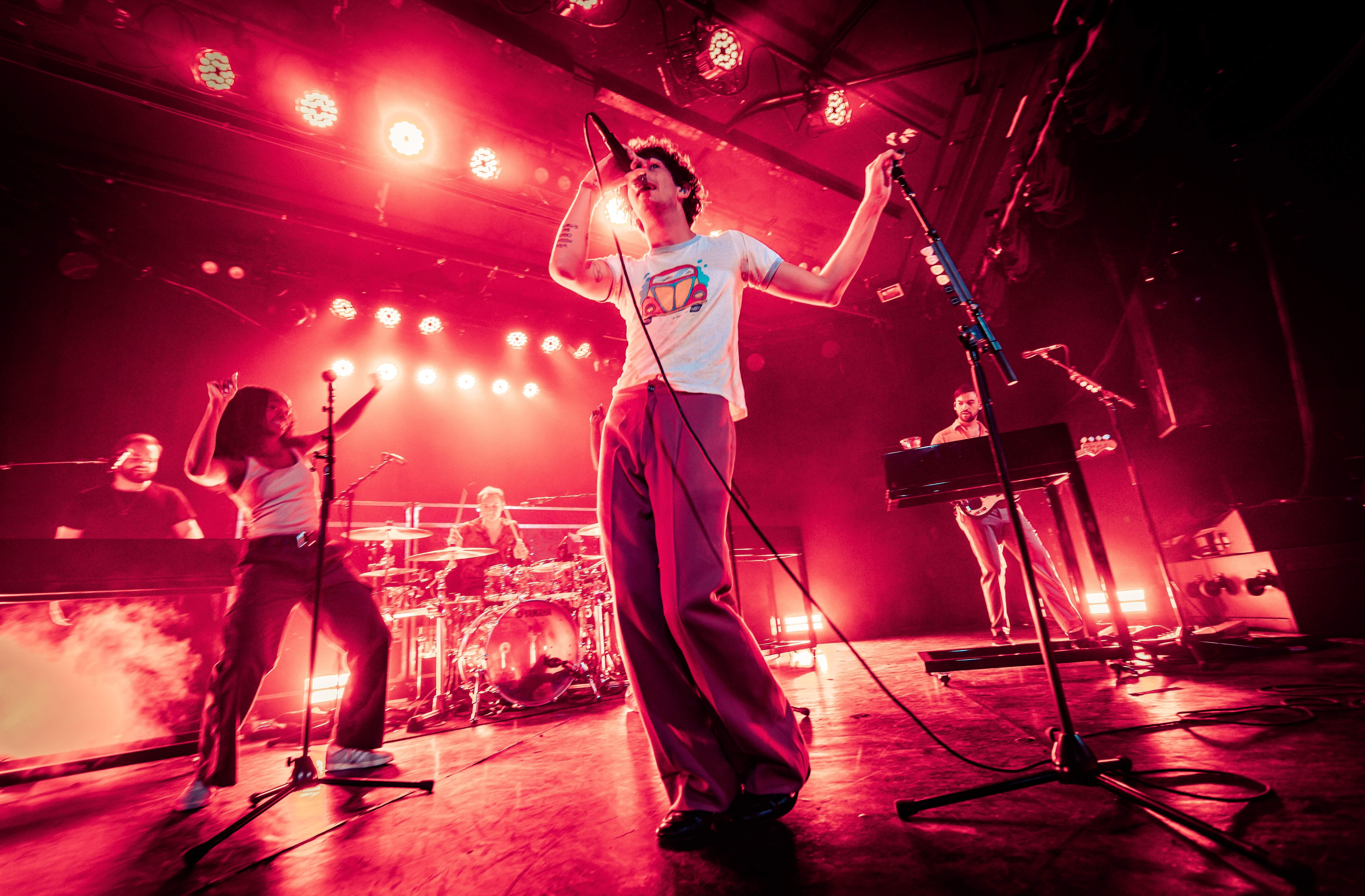 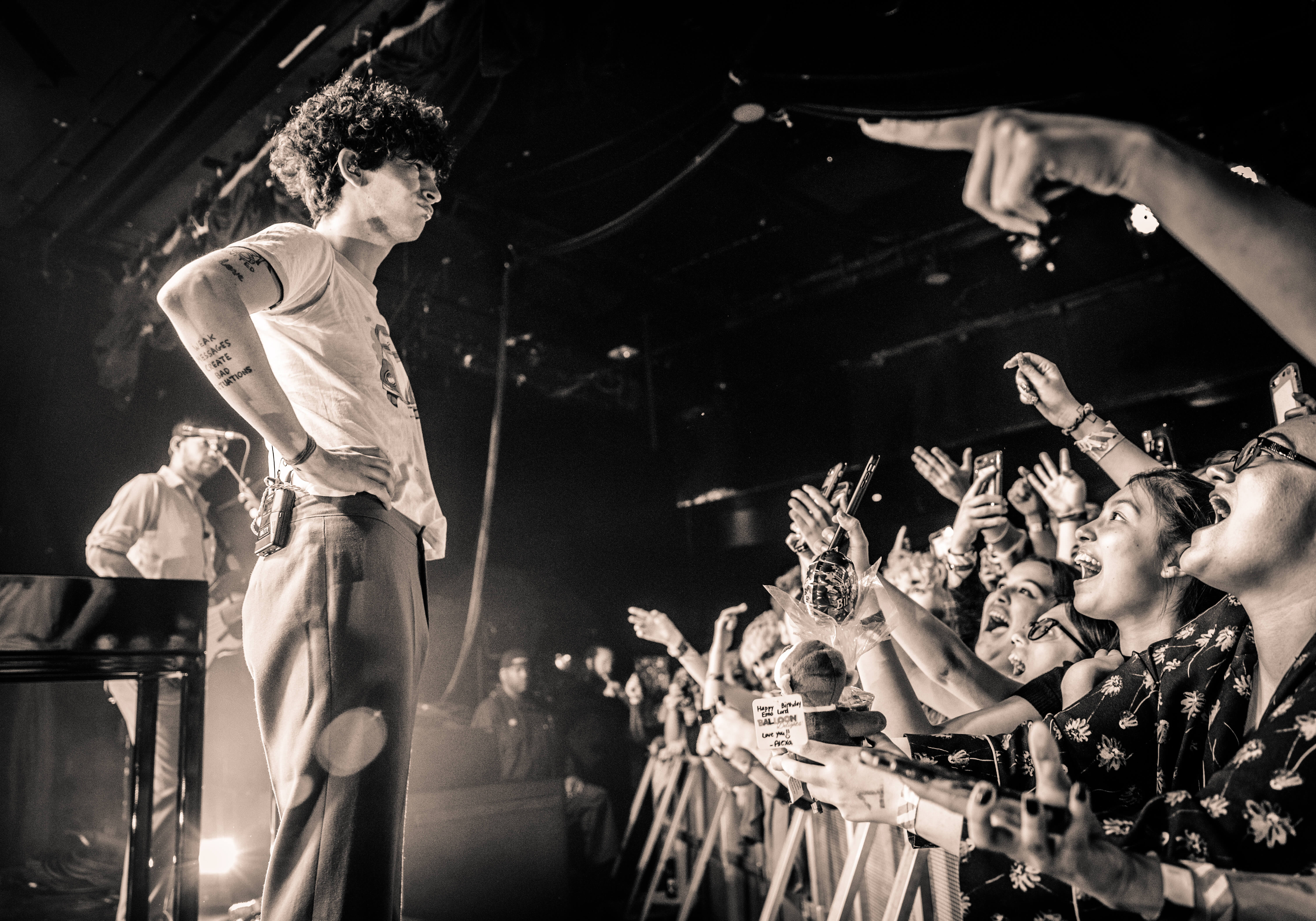 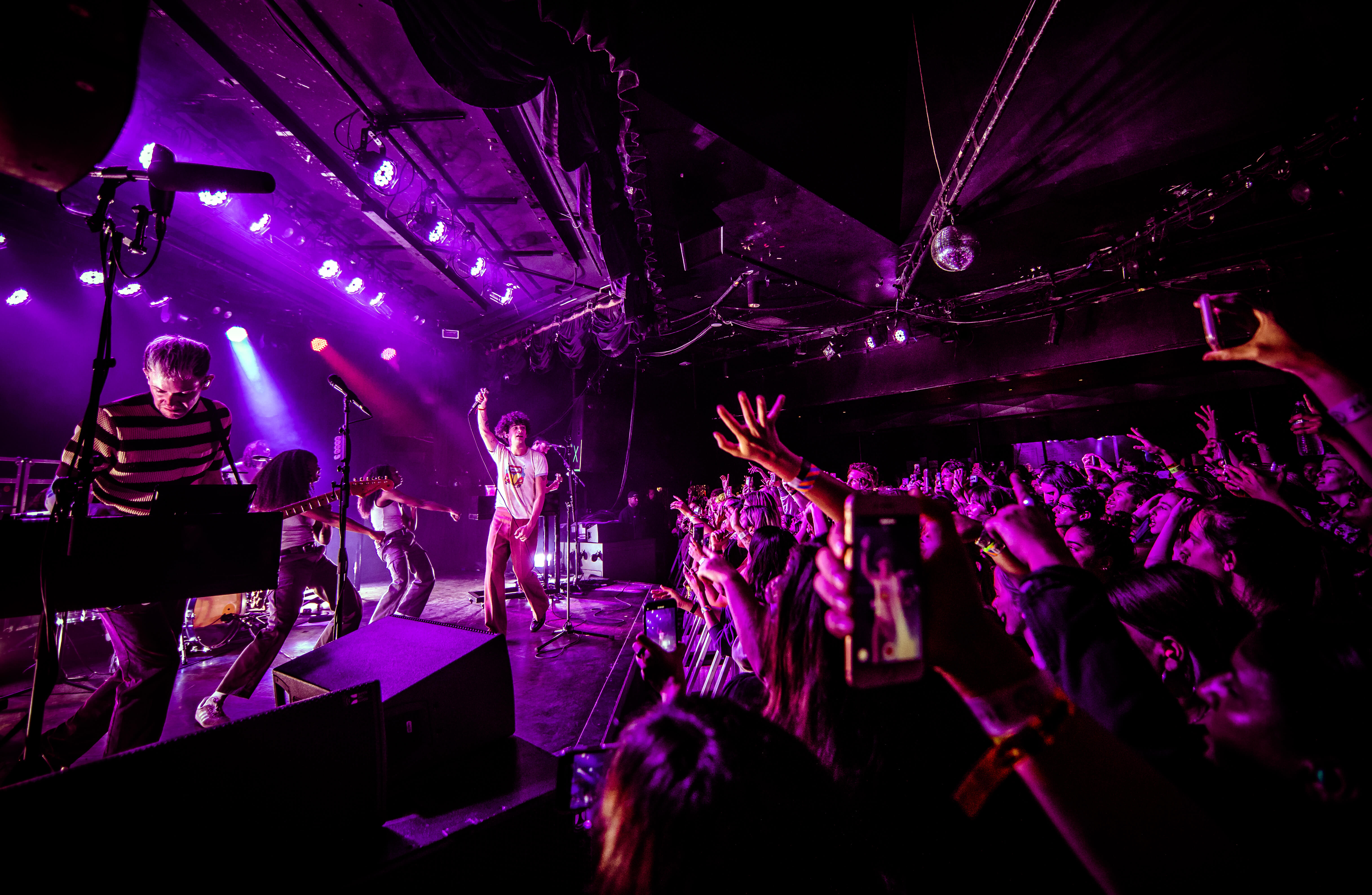 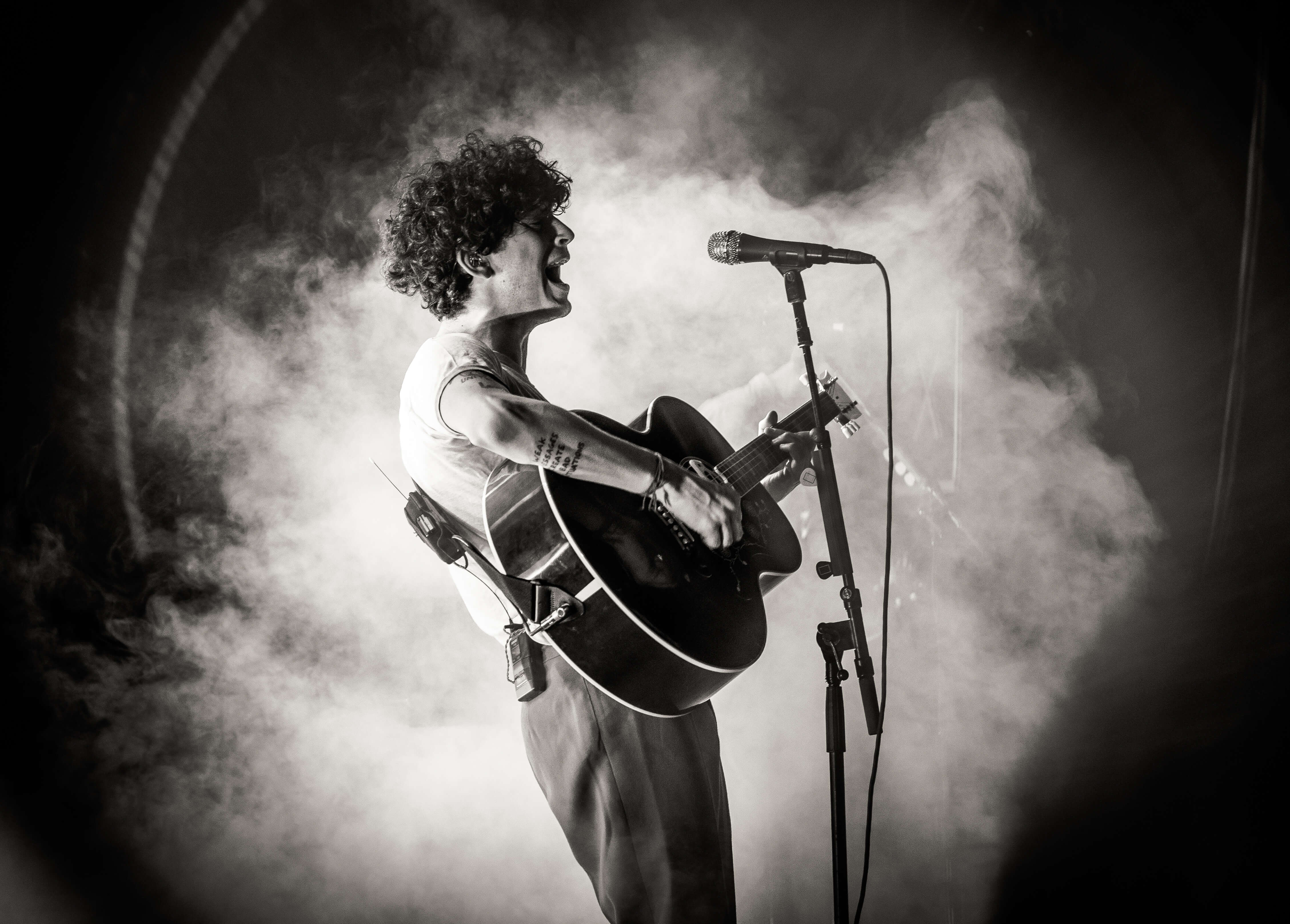